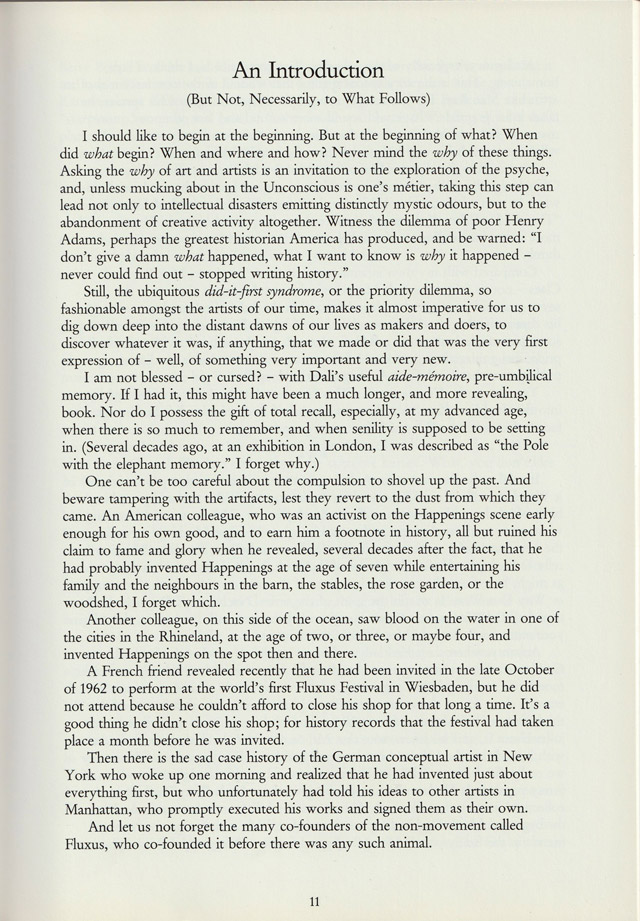 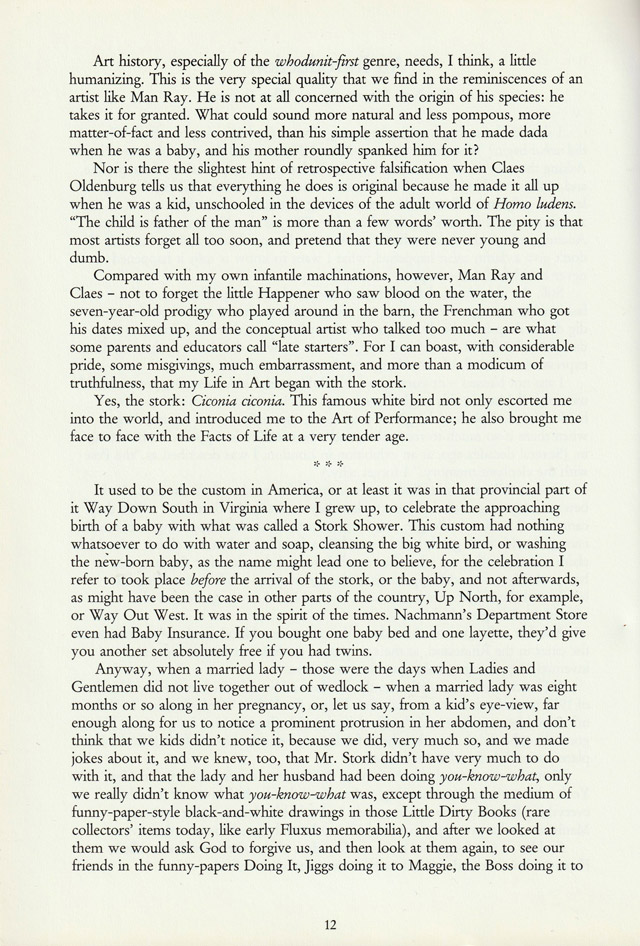 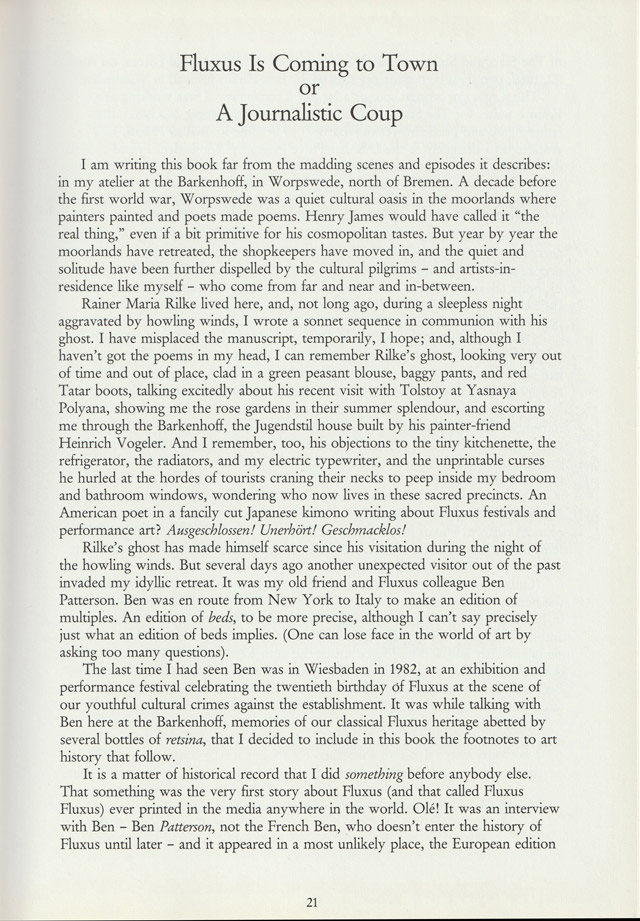 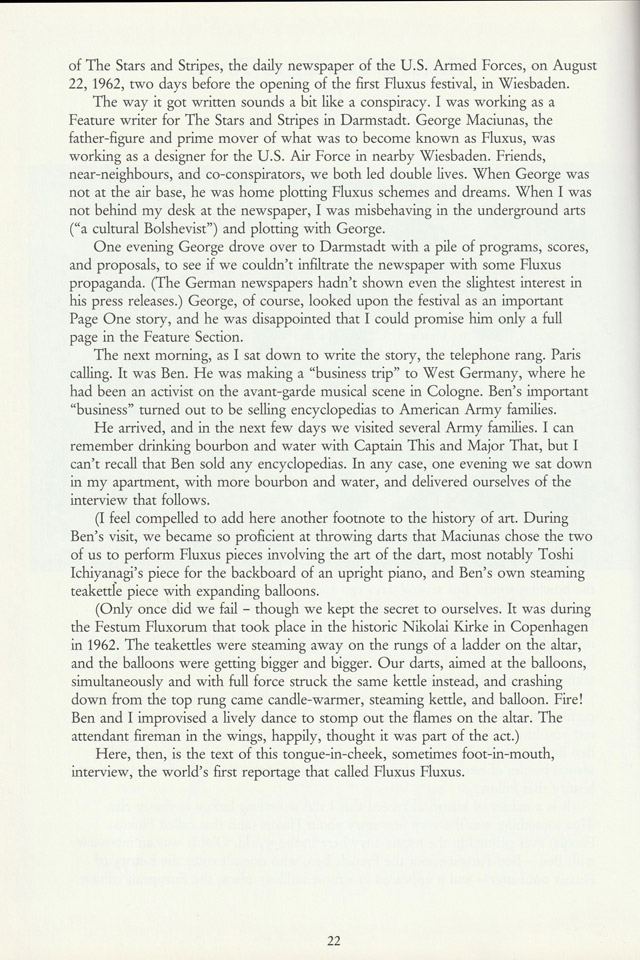 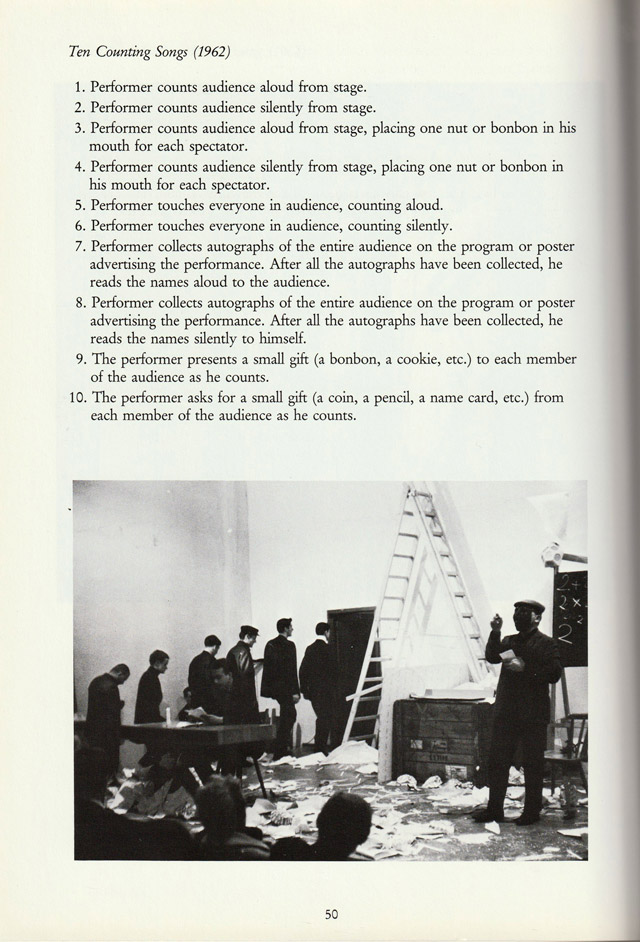 Emmett Williams (1925-2007) was an American poet and artist. He was married to British artist Ann Nöel. Williams, born in Greenville, South Carolina, grew up in Virginia, and lived in Europe from 1949 to 1966. Williams studied poetry with John Crowe Ransom at Kenyon College, anthropology at the University of Paris, and worked as an assistant to the ethnologist Paul Radin in Switzerland. As an artist and poet, Emmett Williams collaborated with Daniel Spoerri and German poet Claus Bremer in the Darmstadt circle of concrete poetry from 1957 to 1959. In the 1960s, Williams was the European coordinator of Fluxus and worked closely with French artist Robert Filliou, and was a founding member of the Domaine Poetique in Paris. Williams was friends with Václav Havel, and during his dissident years he translated some of Havel’s work into English. He translated Daniel Spoerri’s Topographie Anecdotée du hasard (An Anecdoted Topography of Chance), collaborated with Claes Oldenburg on Store Days, and edited An Anthology of Concrete Poetry, all published by Dick Higgins’ Something Else Press. From the mid-1960s through the early 1970s, Williams was Editor-in- Chief of the Something Else Press. In 1991, Williams published an autobiography, My Life in Fluxus -- And Vice Versa, published by Edition Hansjörg Mayer, Stuttgart, and reprinted the next year by Thames and Hudson. In 1996, he was honored for his life work with the Hannah-Höch-Preis. He died in Berlin in 2007.

by Martin Patrick and Dorothee Richter

Flux Us Now! Fluxus Explored With a Camera

by Hannah B Higgins

Intermedial Perception or Fluxing Across the Sensory

Unpacking the Score: Notes on the Material Legacy of Intermediality

The Eve of Fluxus: A fluxmemoir (excerpts)

Fluxus is just beginning: An interview with Jeffrey Perkins and Jessie Stead

Ribbit, Riot: Benjamin Patterson’s When Elephants Fight, It Is the Frogs That Suffer—A Sonic Graffiti

Iconoclastic and Irreverent (Buddhist-inflected) Simplicity in Fluxus Performance and Artworks

Banking with Fluxus, Then and Now

Whatever Happened to the Judo Throw? Fluxus and the Digital Gimmick

Mail Art and Fluxus: An Antic Exhibition from 1982

Speaking Personally: Some Topics of Correspondence Between Fluxus Artists on Fluxus