Ronald Kolb: What is your professional background?

Roger M. Buergel: I don’t have much of a “professional background.” I trained as an artist early on, but I never felt sure about what art is: an idea, a practice, or something altogether different? Becoming a curator was a way of pursuing this question and leaving it open at the same time.

RK: How does your own professional/cultural background shape the work you are doing?

RMB: If you follow your artistic sensibilities, you will realize that “professionalism” is a trap. You have to stay an amateur and cultivate a sense of not really knowing what to do and how to do it. Improvisation is the way to go. Taking such a stance does require a few privileges, of course (money-wise and beyond), which you also have to share. This gets us into questions of politics, learning, collaborations with artists and audiences that are not your typical museum-going audiences, and so on.

RK: What are your tasks in the institution?

RMB: We are a tiny museum with a very small team, so everyone more or less has to do everything, from concocting exhibition ideas to booking hotel rooms. There is no front/back divide.

RK: Does the institution has a clear mission/concept? What is it?

RMB: Our museum looks at global trade routes past and present. In other words, we address the global mishmash of history, politics, raw materials, religions, arts, and cultures. There are moments of clarity, though.

RK: In what way is the mission/concept realized?

RMB: Our program is based on the work of artists and researchers (not necessarily academics; they can also be schoolchildren, for example). We do exhibitions related to our areas of interest (Japan and the West; Tropical Modernity; Forms of Showing; New Africa, to name just a few).

RK: How is the institution structured? How many people work there, and in what roles?

RMB: There is small team with a director, a manager, two people doing regular office work, an academic advisor, and a researcher. All of our projects have a transcultural character, so we also work intensely with collaborators in Asia, Africa, and the Americas.

RK: How does the program come about? What is the selection/decision process?

RMB: Pursue a certain topic or agenda with a group of collaborators—say, global trade between Africa and China since the early 15th century—and a number of questions pop up. Some of these questions are fascinating, and there is no easy way to answer them, and those tend to turn into new exhibition projects. In that sense, our programming bears some semblance to music. You have a theme, then variations of it, then variations generating a new theme, and so on.

RMB: We don’t target any particular “art scene.” We welcome visitors from all walks of life.

RK: What role does the institution play (locally or internationally)?

RMB: We are a small institution, so we have to opt for a highly experimental style, both curatorially and intellectually. Our immodest idea is to come up with a museum model that is no longer governed by the bad spirits of the 19th century with their faulty labels and false distinctions between art and non-art, China, Islam, and so on. The world was and is entangled, and this needs to be shown and understood.

RK: Is there a quota for gender or ethnicity?

RK: What is the role of art in your opinion and from your position?

RMB: There can be no role, otherwise art would be useless.

RK: Could you tell us more about the visibility of the institution, [how] do you make it known and visited?

RMB: Apart from the obvious channels (typeface, booklets, media), we believe in word of mouth and the seductiveness of certain ideas.

RK: What is the relation between real space and digital space?

RMB: Probably similar to what Jacques Lacan said about the sexual relation: there is none. Which, of course, doesn’t mean that there is no relation at all but that the form of relation cannot be pinned down.

RK: What do you wish for the Zurich art scene? 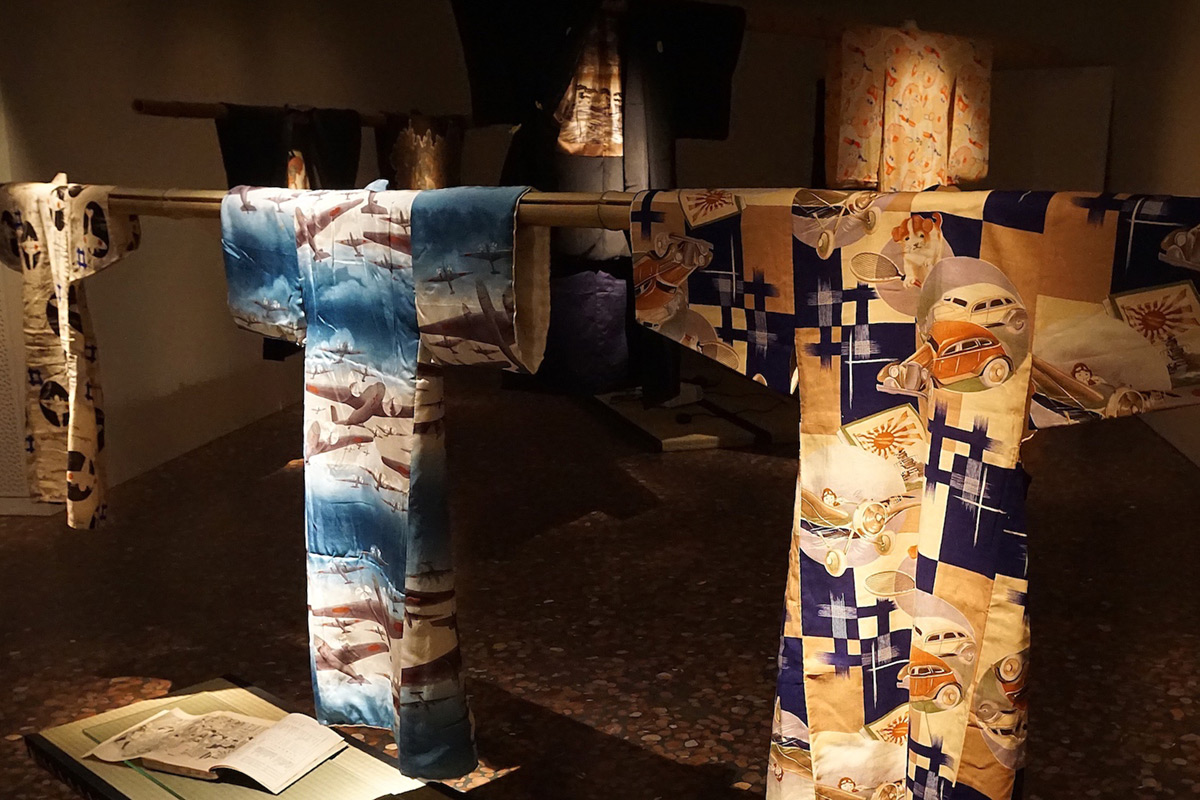 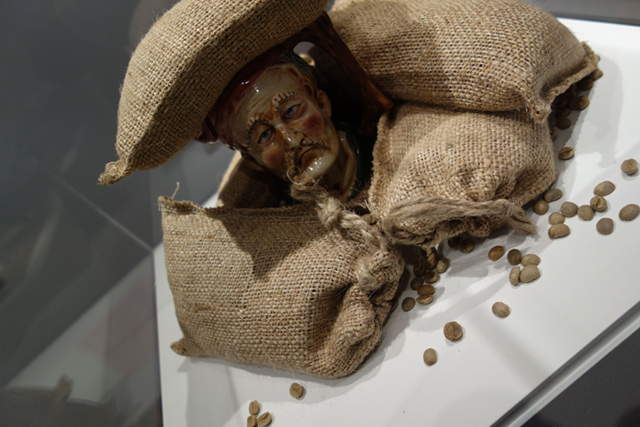 “The Dockers’ Museum” by Allan Sekula, 2015. The artist as ethnographer of maritime trade and its people. Image courtesy JJM 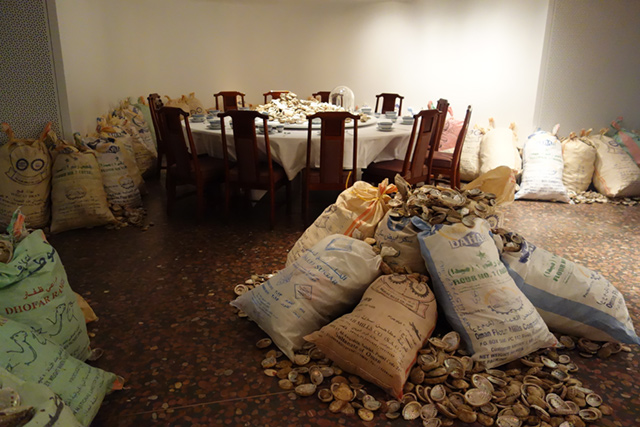 A Season in Shell” by Zheng Mahler, 2014. 2 tons of abalone shells on their way from Somaliland to Guangdong. Image courtesy JJM 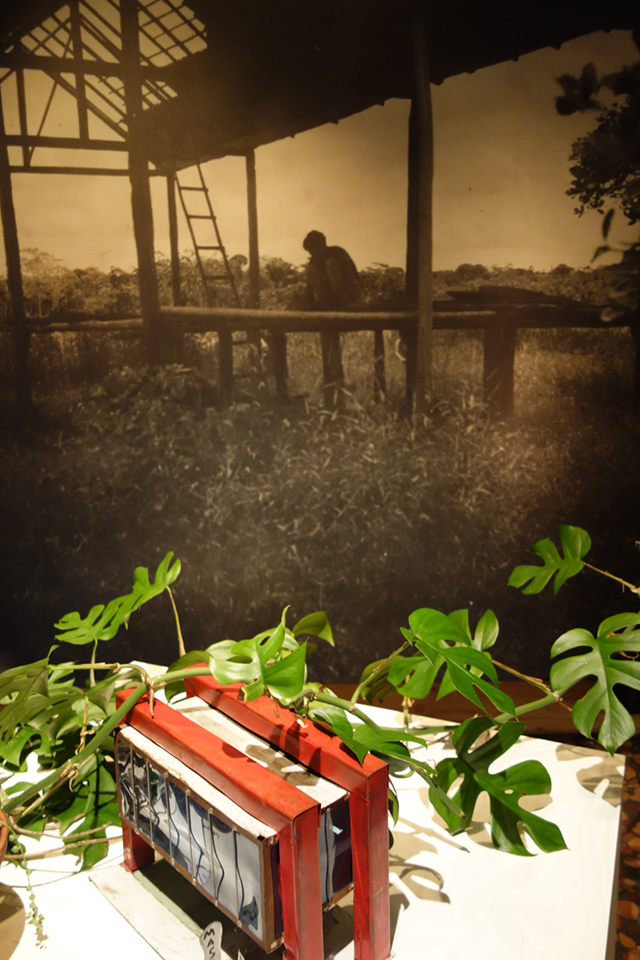 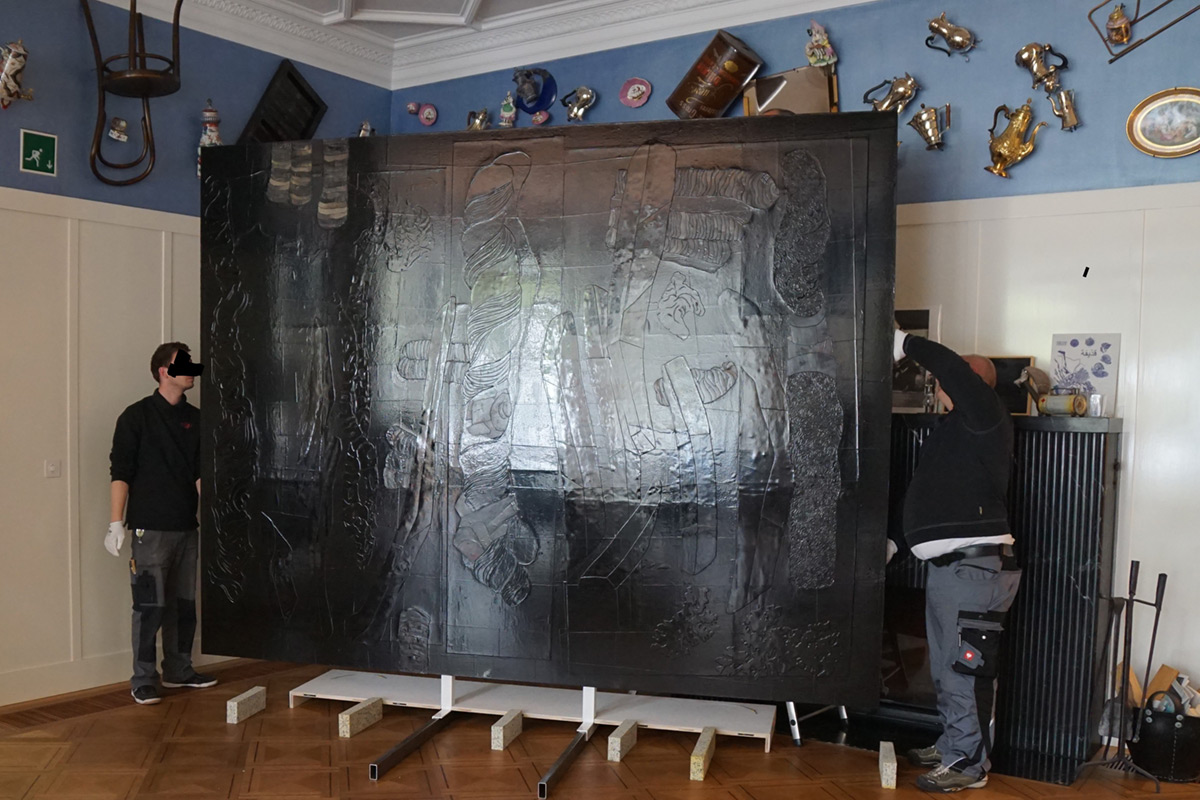 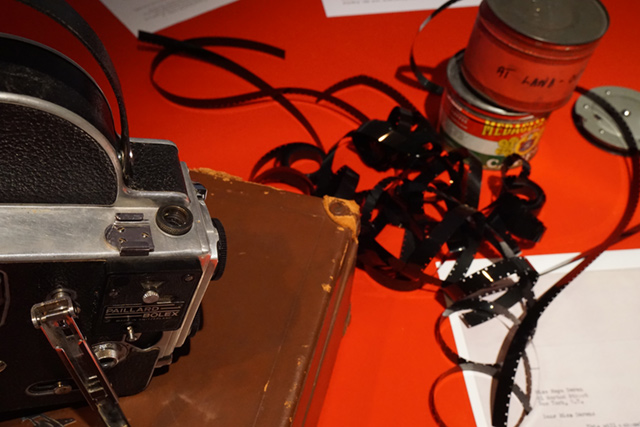 Roger M. Buergel is the founding director of the Johann Jacobs Museum in Zurich. The first recipient of the Menil Collection’s Walter Hopps Award for Curatorial Achievement (2002), he was artistic director of documenta 12 (2007), Garden of Learning (Busan Biennale, 2012) and—together with Zhang Qing—Suzhou Documents (Suzhou, 2016). The New York Times named his exhibition Mobile Worlds (co-curated with Sophia Prinz) at Museum für Kunst und Gewerbe Hamburg “one of the best exhibitions in 2018.”

Ronald Kolb is a researcher, designer, filmmaker and curator. He is Co-Head of the Postgraduate Programme in Curating, Zurich University of the Arts, and an Editor-at-Large of the web journal On-Curating.org and honorary vice-chairman of Künstlerhaus Stuttgart. He is a PhD candidate of PhD in Practice in Curating, a cooperation of ZHDK and University of Reading, supported by swissuniversities.