Dienstgebäude is an independent art space in Zurich with three exhibition rooms run by the artist Andreas Marti and his team. The focus lies on young emerging and mid-career artists with a conceptual approach, mostly Switzerland-based. In the course of time, more and more international positions have been added to the program. Sometimes you also can find the art space Dienstgebäude at art fairs like at “The Others” in Turin, where Andreas Marti even won the art prize in 2017 for the project “Dienstgebäude.”

Daniela Hediger: Andreas Marti, where would you see the connection between Dienstgebäude and the title of this issue: “Dark Matter, Grey Zones, Red Light, and Bling Bling”?

Andreas Marti: Dark matter—I don’t really know how to make the connection to our art space; maybe a grey zone is more suitable for Dienstgebäude because it’s an independent space and it’s a form to escape the art system—so it’s a parallel path.

DH: It was in the red-light district where you opened first the art space Dienstgebäude. Do you think something changed in your exhibitions, when you changed the location into another district? Did this influence your program as well

AM: No, the change of the venue didn’t change the kind of exhibitions we show. Now we are here at the border of the city. It was a new area for me. I haven’t been here before, and the change was also connected to a certain fear if we could bring our audience to this new place.

DH: And was it easy to bring the people along to this new venue?

AM: A certain audience followed, and for some others it probably was too far away, or the new space was too much a white space for them. Before, it was more a kind of illegal bar like in the ‘80/’90s with exhibitions, and now it’s a white exhibition space.

DH: Do you have a target group you curate your exhibitions to, or do you curate free of thinking about the audience?

AM: I think it’s always connected. But first of all, I am interested in showing interesting art. And as I have three spaces, the smallest is always a small platform for an unknown, less connected artist, and at the same time in the bigger room I show more famous and known artists. But in the end, I curate including my intuition.

DH: Are you taking special care of diversity matters?

AM: I have had different solo shows with women artists, and I have also shown with different kind of nationalities—but I am not especially taking care of it. It just came like this, as it was interesting art. I haven’t counted the solo shows of women or of other nationalities, but on our website you can see that there have been also a lot in this range like a female artist from China, an artist from Puerto Rico, from Ethiopia, etc.

DH: You are an artist yourself, what led you to open your own independent art space in 2008? Was it because you couldn’t find a space to exhibit in Zurich?

AM: Somehow yes…I had this space where I worked with three other artists—Cat Tuong Nguyen, Isabelle Krieg, and Marianne Engel—and as there hadn’t been that many opportunities for us to exhibit, we started with our own exhibition. And then it was my interest to follow this exhibition thing, but there was no plan at the beginning. I also was inspired by London and the independent art spaces there. I think spaces like this create space for experimental art, and this is actually the playground for bringing up new projects and new artists in a city.

DH: Do you think Zurich is an easy place to run an independent art space like Dienstgebäude?

AM: I think it is. There was a strong movement in the ‘80s with many independent art spaces, and then it became quieter at the end of the ‘90s/2000. So, when I started in 2008, there just existed around six spaces like Dienstgebäude, and they already existed for a while. So, everyone was curious about our new space and our activities in the middle of Zurich. And today there are around forty independent artist projects, small spaces, and window projects up to spaces like Dienstgebäude. This means it is not an easy situation now, as there is a lot of competition. That’s why I initiated, with Ann-Laure Franchette and Patrizia Mazzei, the Zurich Art Space Guide (zurichartspaceguide.ch) where we wanted to bring the independent art spaces together and make them more visible.

DH: How is it to be funded in a city like Zurich where so much money is around?

AM: Compared to the construction works on the road where Zurich is spending loads of money, the city invests just 150,000 CHF a year for activities like ours. This is not a lot. In Zurich, just a selection of art spaces are getting support. Montreal, for example, spends a lot more than Zurich on cultural activities like this.

DH: Are you supported by projects or for your yearly program?

AM: Normally, I try to find funding for my yearly program. But sometimes it is not easy, caused by deadlines and the fast rhythm in the art world where you have to react spontaneously. Because the yearly funding decreased, I have started in the last three years to look for money for specified projects, but in general it is very difficult.

DH: Can you live from your art and your art space? Do you have collaborators?

AM: Until last year, I had someone who was working part-time for the art space. But due to financial issues, I had to change this, and now I have someone who is paid on an hourly basis. And regarding myself—I also still have another job.

DH: What was your favorite exhibition?

AM: Ouuu…this is difficult to say, as there were so many exhibitions in which I was strongly involved with the set-up, the artists, and/or the artworks. But if I would have to name one, I think it would be Catch of the Year, where we present always around 100 works from 100 artists—the intense exchange with the artists and working with all the people I really like a lot.

DH: How would you define art?

AM: This is a bit complicated. The definition of art…I’ve learned a lot over these last eleven years, and my focus has changed regarding what is interesting to me or what is attracting me. The definition is always a fluid situation. So, I can’t really make a definition. When I decide to exhibit an artist, it is more a feeling than something rationally defined.

DH: What would be your wish for the art scene of Zurich?

AM: I think the scene has changed a lot over the last ten years. There’s a lot of competition, and that’s a kind of a bad feeling. I would wish for a bigger concentration on art and less on career. 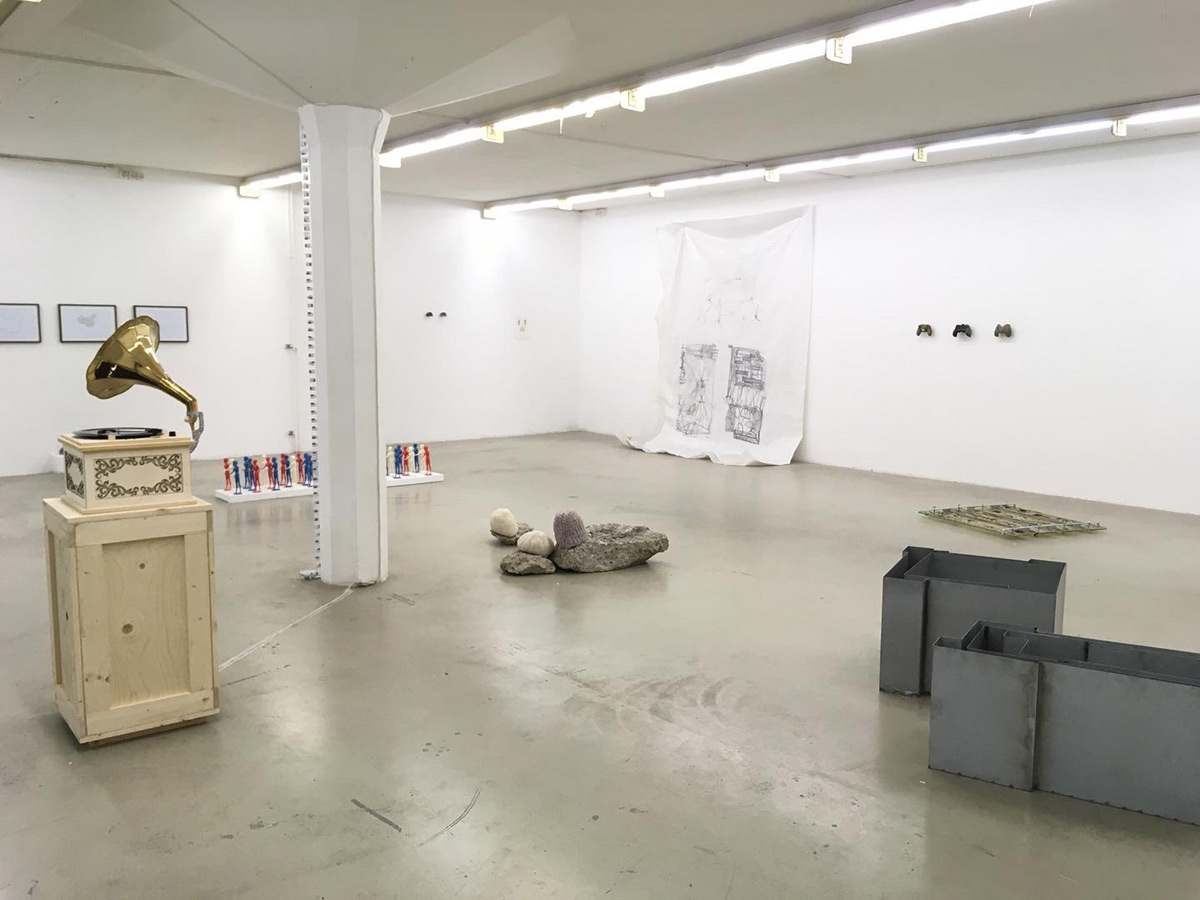 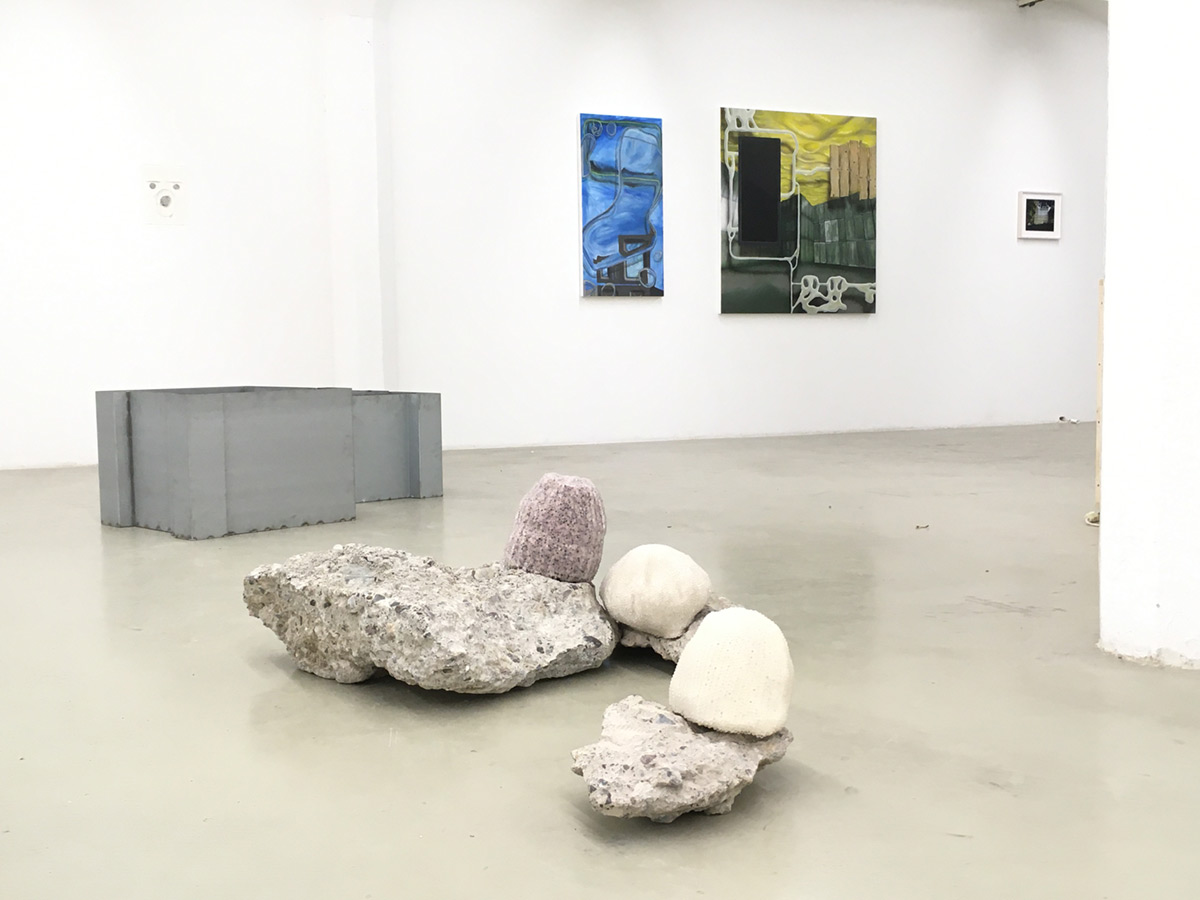 Daniela Hediger is a curator and founder of WOM!-art. WOM!-art organizes exhibitions and events dealing with current issues and values such as diversity/plurality and norms in our society and in economy such as in the working world. Based in Zurich, she studied Fashion Design in Zurich and worked as a stylist before running the cultural location Seefeld-Razzia, where she organised exhibitions, art performances, concerts, fashion shows, film and literary events. Currently she studies in the Postgraduate Programme in Curating, MAS at the Zurich University of the Arts (ZHdK).