Could you please describe the driving thought behind the biennial you are involved in?
Our Biennale concept Minds Rising, Spirits Tuning engages with the realm and dissemination of the “communal mind”—continuously emergent and rooted in healing technologies, indigenous life-worlds, matriarchal systems, animism, and anti-systemic kinship. Now more than ever, the hierarchy of knowledge is being shaken, as planetary forces compel a rethinking from individual to collective forms of extended intelligence.

We are concerned with what sort of civic models and practices of care will emerge in the aftermath of COVID-19. We feel convinced—living as we are through a traumatic interregnum—that the present co-evolution with electronic intelligence and algorithmic regimes needs to be addressed from a planetary perspective.

Toward the 13th Gwangju Biennale, we are working with artists and thinkers with mind-expanding practices that act beyond the binary framings of insider and outsider, legal and illegal, masculine and feminine. Each invested in traversing ancestral knowledge, heterodox life-systems, queer relationality, and modes of collective survival.

Could you please discuss the following shifts: politicization and depoliticization, de- and re-centering of the West, the art-theory interface, and mediation strategies.
The Gwangju Biennale has historically launched a critical rethinking and centering of Asian cultural practices. Our interest goes beyond art theory into the field of living cultural traditions, healing systems, and representations at the threshold between the living and the undead. This inquiry includes researching collections of folk painting as well as documents and ritual artifacts embedded as part of Korean Shamanism. Witnessing complex and durational Shamanic rituals while also meeting scholars of history, religion studies, and feminism have been a crucial learning process for us two, while framing this Biennale.

Biennials have been spaces for bold propositions that bring together the world community to engage with contemporary culture, especially in recent years, foregrounding positions of the Global South, involving collective and interdisciplinary practices. We have been in dialogue with biennial colleagues from São Paolo, Liverpool, Berlin, Kochi, and elsewhere to discuss precisely what makes these recurring formats viable and relevant through an impasse such as this. Will we all be able to use this global experience to reimagine and reengineer systems, institutions, and protocols in ways that might be relevant to the 21st century? We very much hope so. Since embarking on this process of biennial-making, we have in fact been thinking about the longer-time significance that artistic projects can assume in the ‘afterlife’ of a biennial—for us, the live dialogues generated through art commissions, collaboratively produced artistic works, the inclusion of performative gestures and scientific positions, research visits to Korea with around twenty artists contributing to local programming as part of a semi-public research process since last year.

Which curatorial formats are necessary to propose a space of radical democracy?
Live Organ is an active element of the 13th Gwangju Biennale that explores the set of questions at the heart of the exhibition and includes a series of public forums alongside a program of newly commissioned live works. Through a variety of media and dialogues, Minds Rising, Spirits Tuning will share contemporary positions of particular relevance to the 40th anniversary of the May 18 Democratic Uprising.

We want to acknowledge and honor social justice movements around the world that have been impeded by COVID-19. We know their spirit is very much alive. With massive numbers of lives lost globally, it has become more vital to sustain public culture amidst drastic pulls between isolation and mass movements as well as human and planetary asymmetries.

The Gwangju Uprising holds global significance, and therefore we see it as a prism through which to understand some of the urgent questions that solidarity movements ask today. Through online/onsite forums and workshops, we intend to share contemporary positions that examine the tidal currents of people’s movements, and the inventive tools including the choreographies of current citizen protests.

How do formats reflect/interrelate content (in your biennial)?
We have been working toward developing integrated formats to evolve connective tools and methods between the exhibition, live program, and publications, including an online platform. Last month, we launched the bilingual online journal Minds Rising at http://13thgwangjubiennale.org, which assembles our research processes, featuring our interdisciplinary content and artistic ideas. Serving as the “extended mind” of the 13th edition of the Gwangju Biennale, published on a bimonthly basis, Minds Rising includes long-read essays, poetry, sonic features, and video space for participant contributions, as well as time-based and live programming.

Our approach has been to bridge online and offline activities that extend the curatorial premise for Minds Rising, Spirits Tuning. Another special ingredient in our publications programme is a reader drawing together debates relating to feminism titled Stronger than Bone. It is published together with the feminist, independent art and publishing initiative ARCHIVE BOOKS in Berlin. Understanding the wisdoms possessed and disseminated through female networks of solidarity is a vivid and urgent need, as we attempt to chart futures that sustain gender justice and ethical coexistence on a breathing planet. 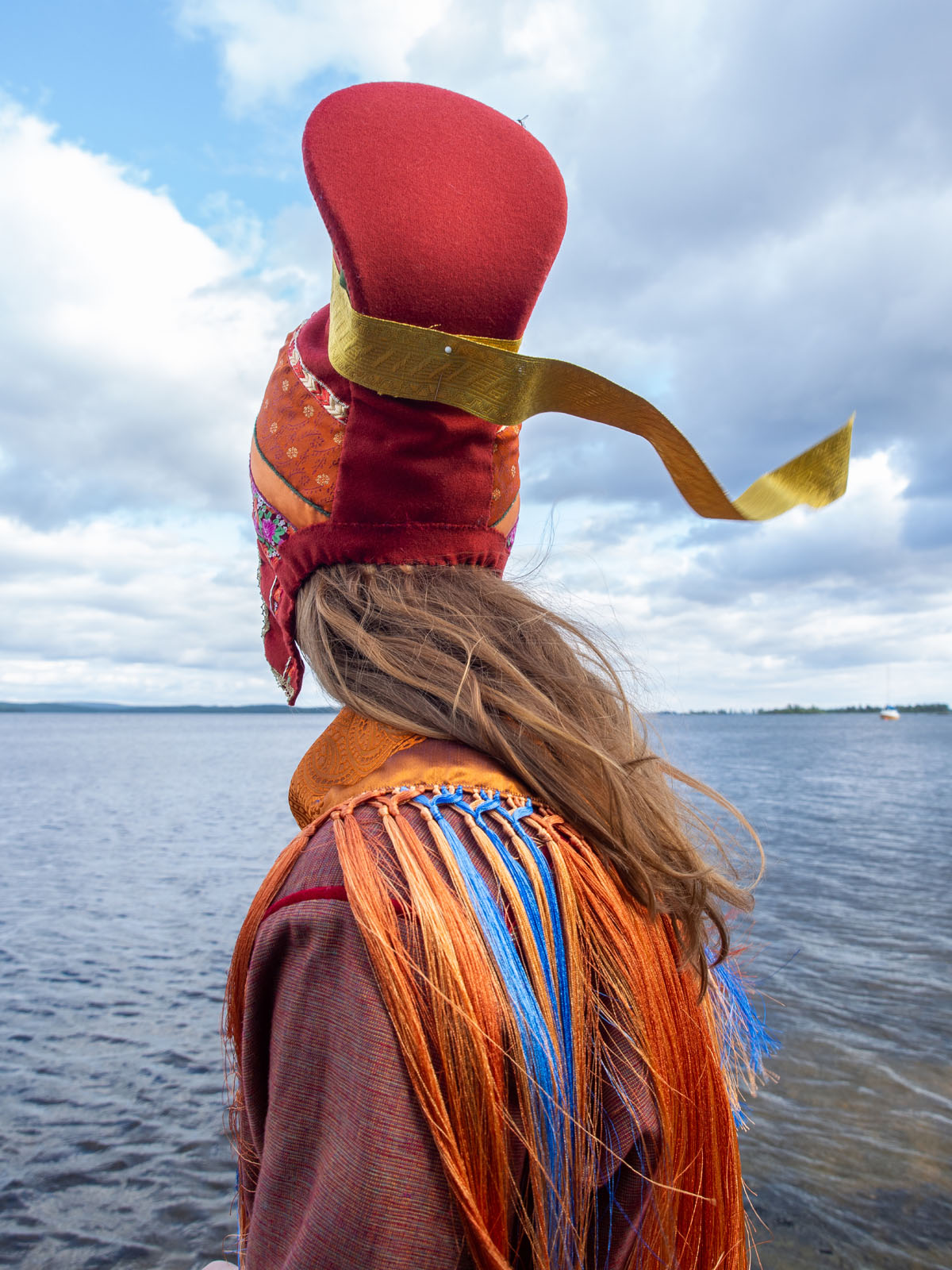 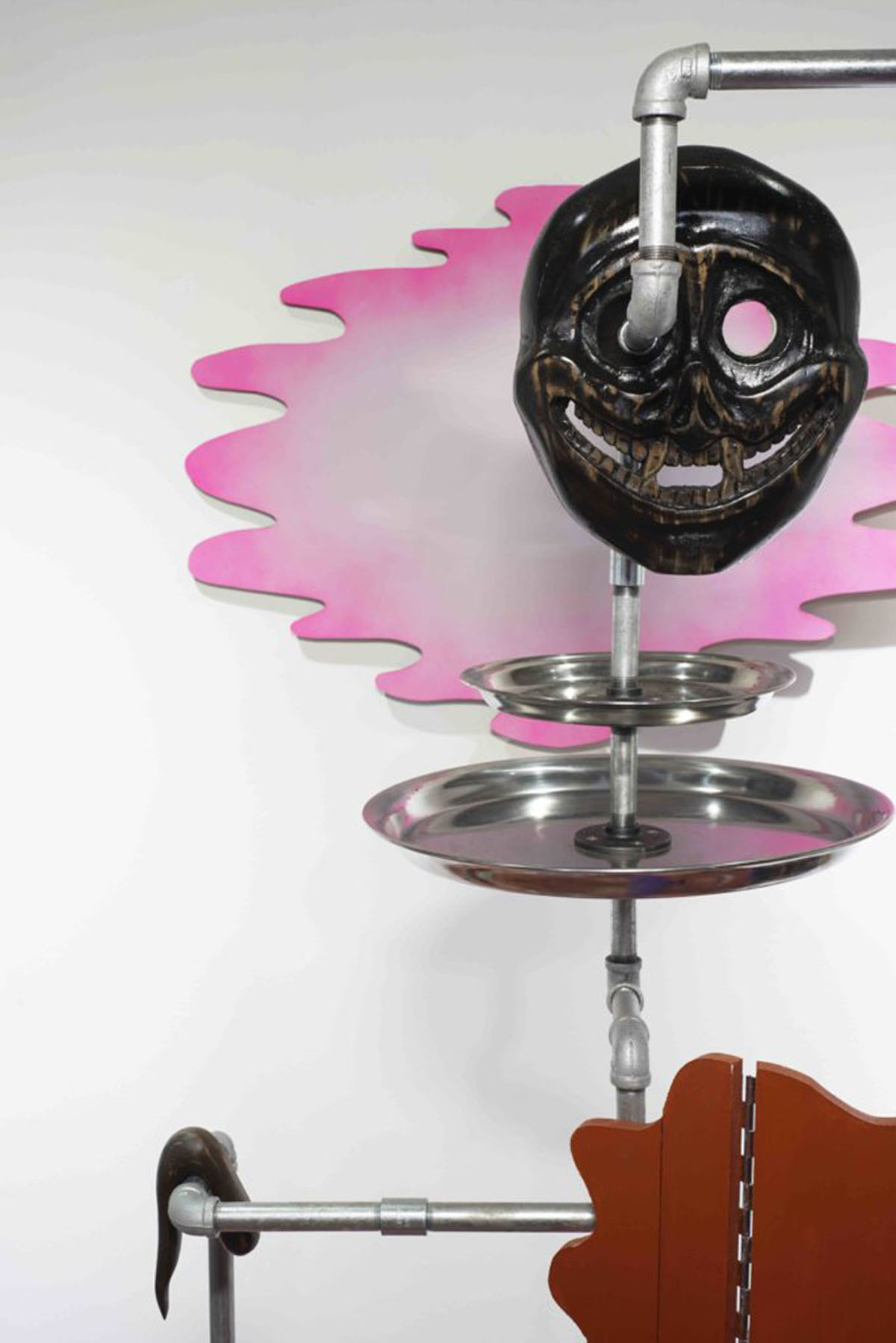 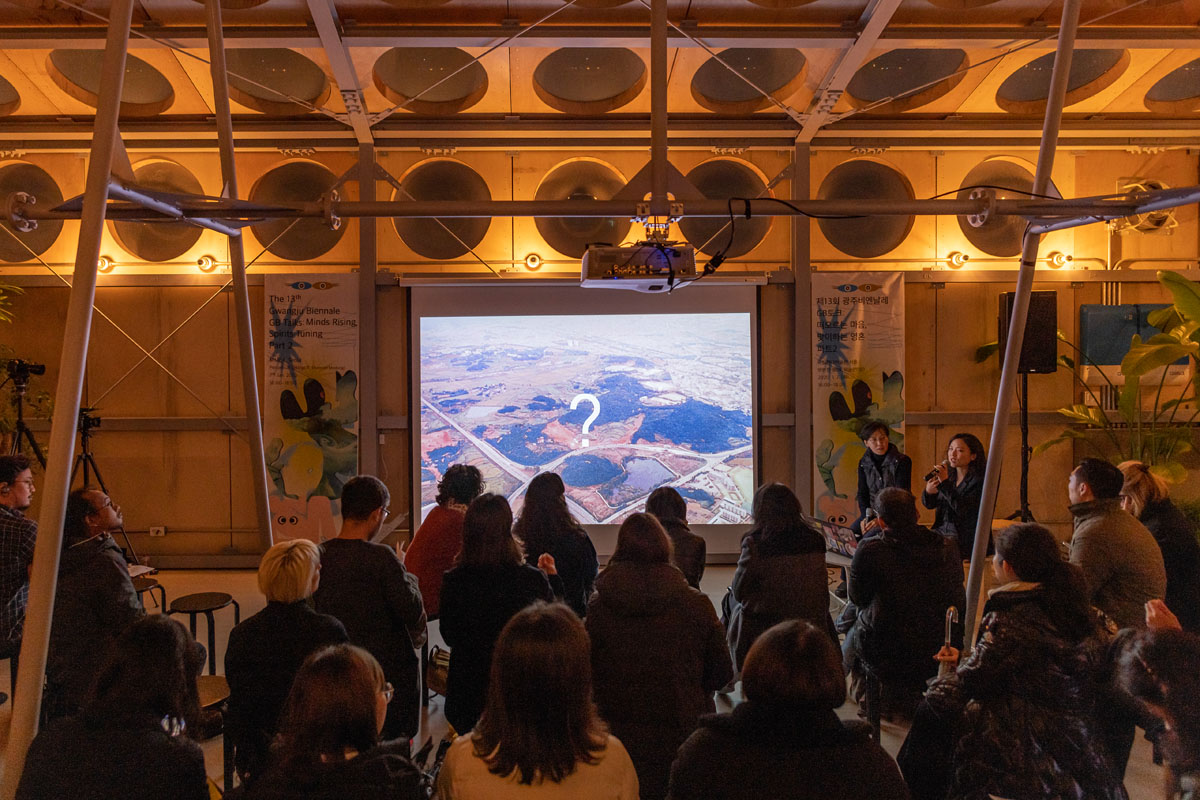 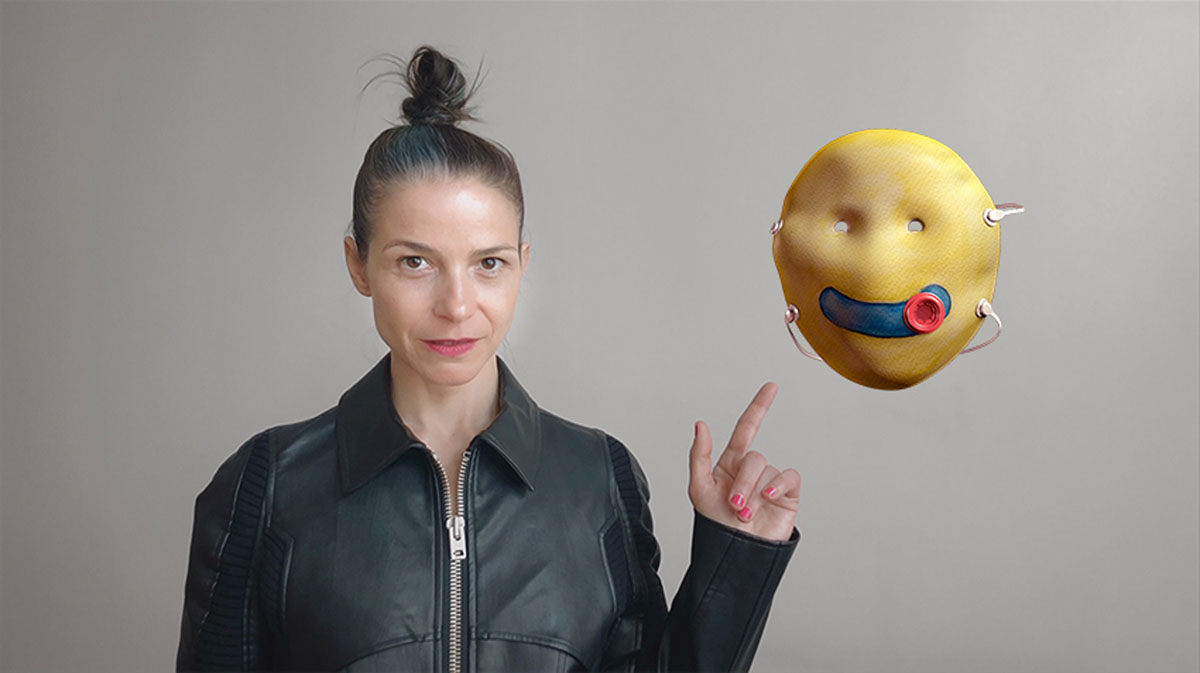 Ana Prvacˇki, Multimask, 2020, commissioned by the 13th Gwangju Biennale, courtesy of the artist. 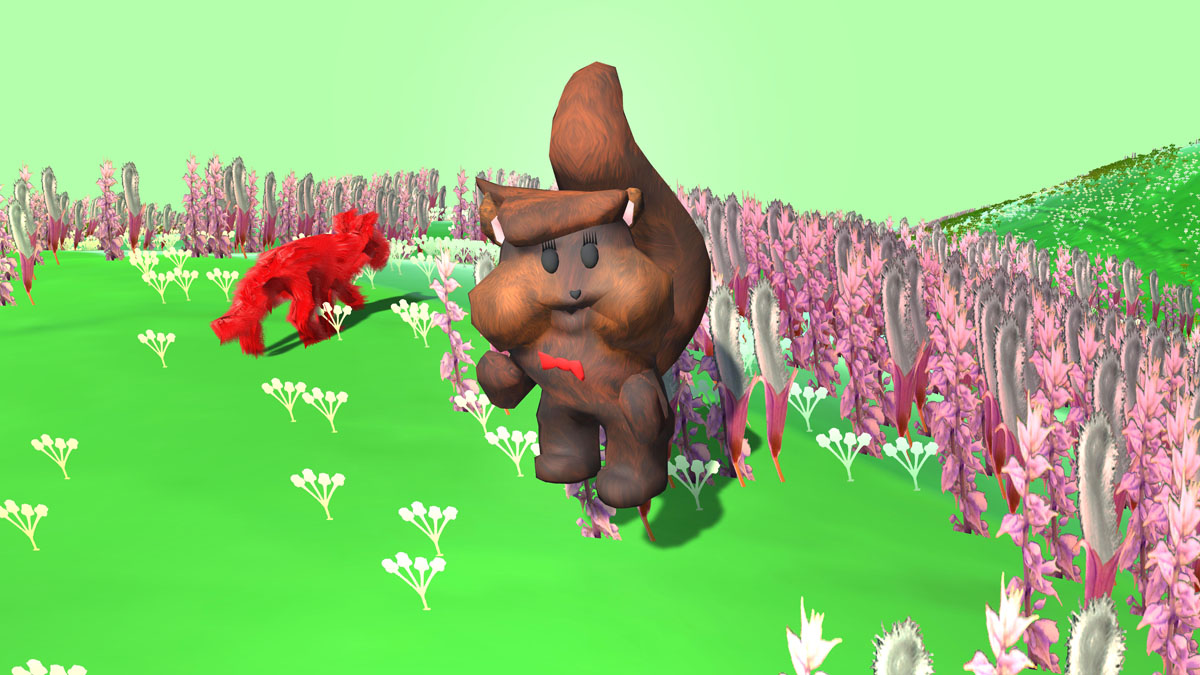 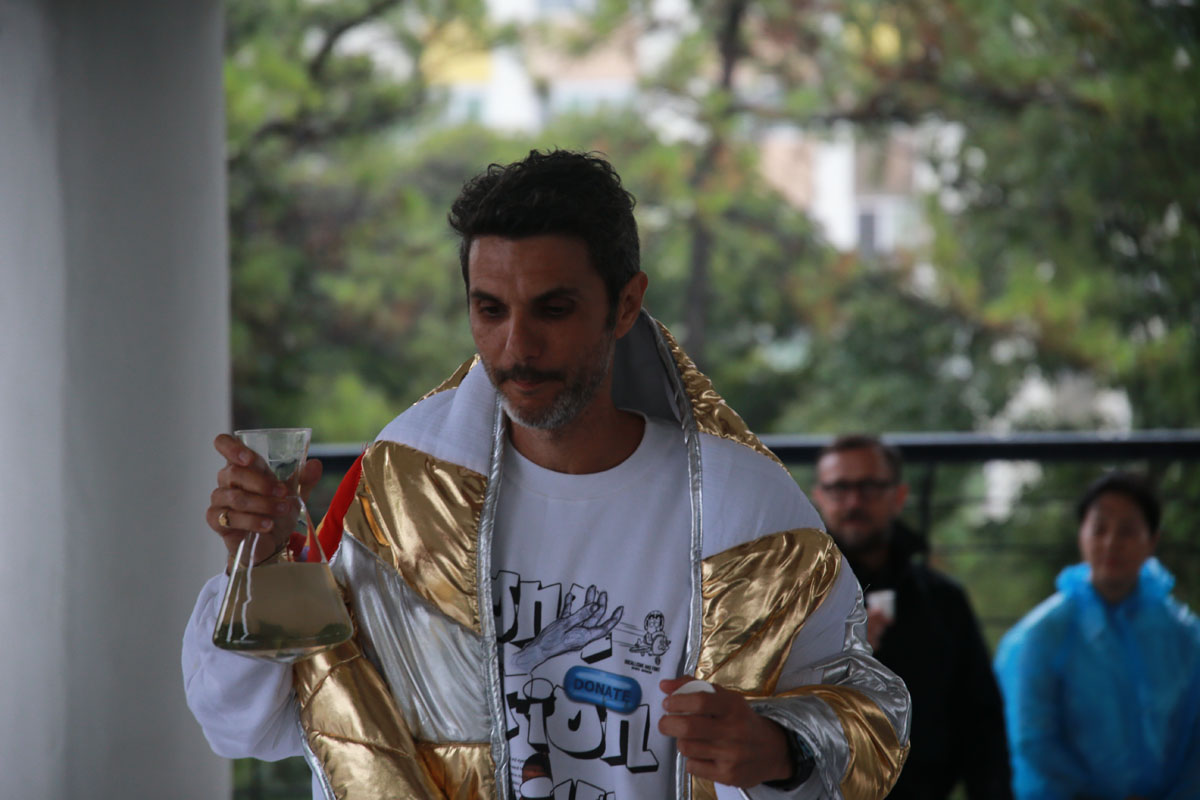 Defne Ayas has served as a director and curator to several cultural institutions and research initiatives across the world, including the Netherlands, China, the United States, and Russia. Currently, she is the Artistic Director of “Minds Rising, Spirits Tuning”, the 13th Gwangju Biennale 2021 (with Natasha Ginwala) as well as Curator at Large for V-A-C Foundation in Moscow/Venice. Ayas was the director of Witte de With Center for Contemporary Art in Rotterdam (2012–2017). During her tenure there, Ayas undertook several biennial projects including “Respiro” at the Pavilion of Turkey in the 56th Venice Biennale (curator, 2015); “How to gather? Acting in a Center in a City in the Heart of the Island of Eurasia”, the 6th Moscow Biennale (co-curator, 2015); and “Mindaugas”, the 11th Baltic Triennial (co-curator, 2012), co-curator of the Istanbul and Bandung city pavilions as part of the Intercity Project of the 9th Shanghai Biennale, and curator of New York-based Performa since 2005. Ayas also served as a curatorial advisor to the 8th Shanghai Biennale in China, and as a publication advisor to the 8th Gwangju Biennale in 2010. Ayas co-founded several independent initiatives, including “Arthub Asia“—an Asia-wide active research and production initiative 2007, producing exhibitions and live productions including operas and performances, within the context of China and rest of Asia as well as “Blind Dates Project“—an artistic platform that is dedicated to tackling what remains of the peoples, places, and cultures of the Ottoman Empire (1299–1923).

Natasha Ginwala is a curator and writer. She is Associate Curator at Gropius Bau, Berlin, and artistic director of COLOMBOSCOPE, Colombo. Ginwala has curated Contour Biennale 8, “Polyphonic Worlds: Justice as Medium,” and was part of the curatorial team of documenta 14, 2017. Other recent projects include “Arrival, Incision. Indian Modernism as Peripatetic Itinerary” in the framework of “Hello World. Revising a Collection” at Hamburger Bahnhof - Museum für Gegenwart, Berlin, 2018; “Riots: Slow Cancellation of the Future” at ifa Gallery Berlin and Stuttgart, 2018; “My East is Your West” at the 56th Venice Biennale, 2015; and “Corruption: Everybody Knows…” with e-flux, New York, 2015. Ginwala was a member of the artistic team for the 8th Berlin Biennale for Contemporary Art, 2014, and co-curated “The Museum of Rhythm” at Taipei Biennial 2012 and at Muzeum Sztuki, Łódź, 2016–2017. From 2013–2015, in collaboration with Vivian Ziherl, she led the multi-part curatorial project “Landings” presented at various partner organizations. Ginwala writes on contemporary art and visual culture in various periodicals and has contributed to numerous publications. She is a recipient of the 2018 visual arts research grant from the Berlin Senate Department for Culture and Europe.