Joshua Simon and I have known each other for over a decade and a half. Our most recent endeavor was the exhibition In the Liquid, curated by Joshua for Print Screen Festival. This is a New Media festival in the city of Holon that took place in late 2018 in designer Ron Arad’s circular Design Museum building. Exploring the archaeology of the digital with the use of materials from the Internet itself, this exhibition is both essayistic and poetic with its deployment of a clear argument through documents and artworks that complement and expand on it. As part of the wider festival that dealt with the contrast between “Fake/Make” as well as concepts of fabrication as a productive and creative tool, and its uses for fraud and deceit, In the Liquid stretched along a circular rotunda of lightboxes, vitrines, and screens, suggesting a long-form sentence with no beginning or end. The exhibition included, among other items, a 3D ‘glow in the dark’ printed gun, a bitcoin bank coin, a 1080i graphic card, a video of a 1984 Macintosh commercial, a book about the art of seduction, and hundreds of cans with Silicon Valley’s super-food Soylent Green. Since Joshua had recently relocated to Philadelphia, and in accordance with his plans, I set up the exhibition in the space. Working with a Google spreadsheet compiled of YouTube links to download, online images to print, and links for objects to buy, this was a scavenger hunt like of a modern-day Indiana Jones—linking up clues and making sense of them. 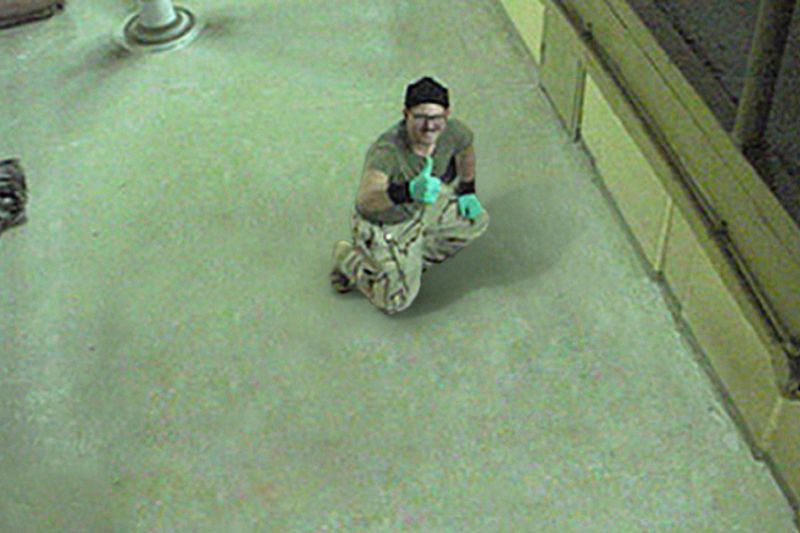 Ruth Patir: You open the exhibition text with a quote from Rasmus Fleischer of Pirate Bay: "If fascism follows a failed revolution, then ours is the failed digital revolution," which he said at Transmediale 2018. So, what he is saying is that the digital revolution has failed; that instead of democratizing information, the WWW is in fact a well-surveilled system that is monetized by private interest groups. This, I think, by now is a common belief. What I found particularly interesting in your show is that you managed to bring forward examples suggesting that the web was always meant to be this way—a site of surveillance. Could you elaborate on that?

Joshua Simon: The web was originally formulated as a Cold War technology for the US military developed by several subcontractors in US academia, and then given to for-profit private corporations to run. Anyone still under the impression this has anything to do with ‘public democratic space,’ if there ever was one, is probably willingly blind to this reality. In the exhibition, we brought materials, for example, from the Tech students’ newspaper at MIT, which shows the build-up towards the strike at MIT research (March 4, 1969) against the university’s development of warfare technologies including the ARPANET (predecessor of the Internet). On October 14, 1969, a demonstration at MIT arose against the Center for International Studies, which was working on US military counterespionage and propaganda projects at the time.

RP: The majority of materials in the exhibition are not artworks by artists. How did this project come about?

JS: I was finishing work on a three-year project, “The Kids Want Communism” (2015-2017), which included exhibitions of historical and commissioned works together with archival materials, screenings, debates, and publications with regard to the 99th anniversary of the Soviet revolution. The project was situated in the knowledge that our contemporary context is haunted by the spectres of anti-communism, to paraphrase the opening of the Communist Manifesto. I came across the broadcasting of a series of mass hypnosis shows (or “televised séances”) that took place in November of 1989, during the fall of the Berlin Wall, on the Central Channel of the USSR, and thought this makes for a great metaphor of our time. The hypnotist Anatoly Mikhailovich Kashpirovsky tried to heal the ailments of the Soviet citizens and divert their attention from the dramatic events unfolding in Berlin. This video opens In the Liquid, because of the meaning given to it. The prevalent interpretation maintains that in this hypnosis show, an unresolved tension between reality and dream is staged. The conservative claim that informs the accepted interpretation of this event sees communism as a dream, hallucination, lie, illusion, while the fall of the Berlin Wall is likened to a wake-up call, an event in which actual reality erupted in full force, breaking through the layers of the dream. In our current reality, though, this interpretation falls short. Our condition is more complex—reality did not materialize; rather, we stepped into a dream within a dream, and this second dream pretends to be reality. Like in a Luis Buñuel film—we are in a false awakening. The conservative interpretation of the encounter between the television screen and the Iron Curtain sees communism as a collective hypnosis, while capitalism is a purportedly inescapable catastrophe. In this state of affairs, we no longer have access to the dream (a political project of equality), and the dream in which we exist (absolute inequality presenting itself as freedom) pretends to be reality. We are in a hallucination, but believe we are in reality, and at the same time have no access to any reality other than that hallucination, which de-facto defines any other reality as “a false dream.”

RP: You talk about this ideological false awakening as a hallucination that is at the same time the only available reality. We either think of the digital as a simulation of the real or as an extension to the real. How do you see these concepts of the digital relating to this?

JS: Physically, like this conversation being published online and produced via computers, also our correspondence on the exhibition as it was taking shape was online. So, there is great efficiency, it feels, in the digital. But at the same time, the digital is the perfect realm of this false awakening, through being a flat platform in shape but simultaneously a series of never-ending moments of immaterial labor. In the Liquid deals with the digital with materials from the real-existing-Internet to show this history. These included, among other things, Ronald Reagan's speech on the silicon chip at the Moscow State University in 1988, Bill Gates’ infamous “Open Letter to Hobbyists” from January 1976, in which he asserts that software should be a licensed commodity like hardware, the 1978 Dead Kennedys song California Über Alles, a recent meme by Charles Lutz with Trump’s face and the caption “Don’t Hate The Meme, Hate the Algorithm,” the July 1997 Wired Magazine cover with the question, “We’re facing 25 years of prosperity, freedom, and a better environment for the whole world. You got a problem with that?” and many more. Basically, all these, and many other sources, show how instead of the digital revolution replacing existing social, political, and legal power structures with free interactions between autonomous individuals as it set out to do, the digital basically became a monetizing system of control, and the 2018 graphic card shortage due to crypto-currency mining is just one of many examples. 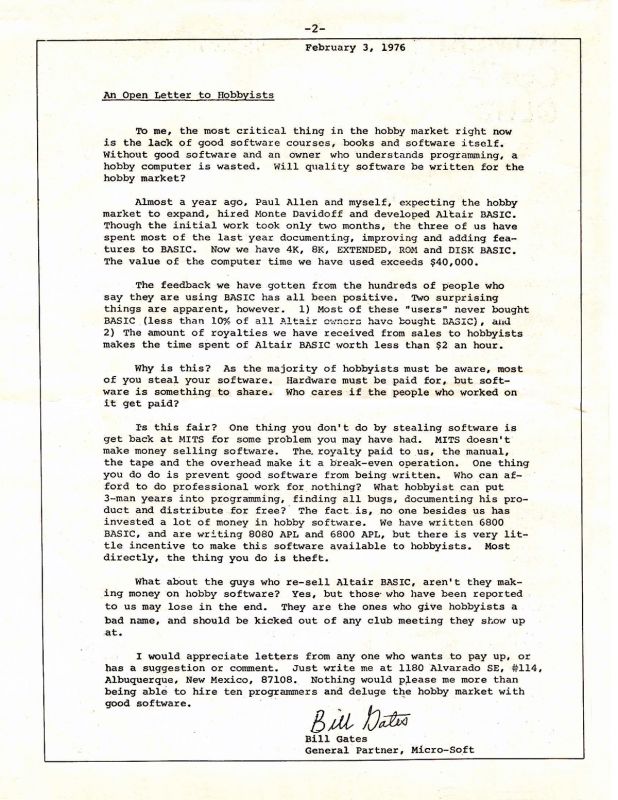 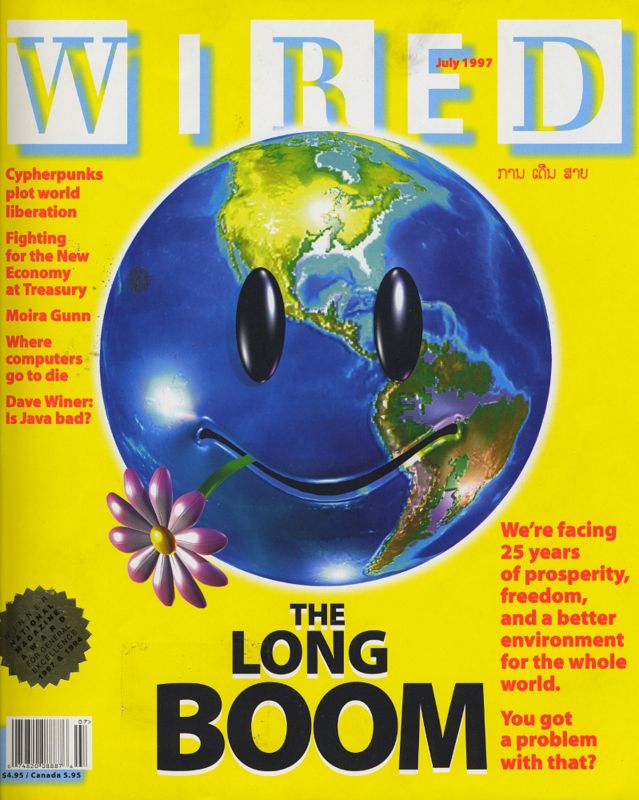 RP: The connections you point out in this show are very much inspired by the notions articulated in the science of cybernetics, drawing connections between seemingly unrelated fields of interest in order to explore systems of controls and communication. Why do you think this as a field is interesting in its aesthetics?

JS: Like politics, curating deals with how things are organized. This steering, or control, is the literal meaning of the Greek word cybernetics (κυβερνητική). More generally, it refers to the art of governance. Funnily enough, it appears in this meaning in Plato’s Alcibiades I, a dialogue on which I worked extensively in my PhD but with no technological or digital discourse focus. As a science that has developed during the Second World War and came to dominate our understanding of how the social and natural worlds function, cybernetics offers feedback relations between adversaries. The preconceived notions this involves include perfectly intelligent, perfectly ruthless machine-human adversaries, as Norbert Wiener envisioned them. The quote you opened with by Rasmus Fleischer is a paraphrase of a saying attributed mistakenly to Walter Benjamin. But Benjamin’s famous remark in “The Work of Art in the Age of Mechanical Reproduction” that fascism aestheticizes politics while communism politicizes art, seems to be relevant to our moment, too. Now, with machine vision, algorithms, metadata, and the like, the aestheticization of politics is brought to perfection by its disappearance from the human eye. This is a theme I am interested in, and I have been working on In the Liquid parallel to developing a manuscript for a book about curating—Metastability, which should come out this year. A key term to understand politics in the digital age involves the notions of homophily (love-for–the-same) and consolidation (becoming-same), which Wendy Hui Kyong Chun has discussed in her work on the real-existing-Internet. These drive the logic of social media feeds, web searches, and overall navigation, where connections are made between like-minded nodes based on previous resemblance. In the book, I make the case that heterophily (love-for-the-different) drives curating and is manifested through the “many-body assemblies” which curating relies on and constitutes through constellations of display. As a practice of organizing meaning, exhibition-making becomes a model for addressing questions of power and organization, structure and action, not only as a critique of the objectivity of negative feedback loops, but as a potential intervention in these loops. Therefore, for me, In the Liquid is a reflection on curatorial practice as a form of organizing meaning that can complement, but also resist, the prevailing logic of the digital. And I must say, maybe as a final note, that I am compelled to reject any attempt to give technology any supremacy in making meaning. Meaning is made in the social factory, which involves also the development and usages of technologies. 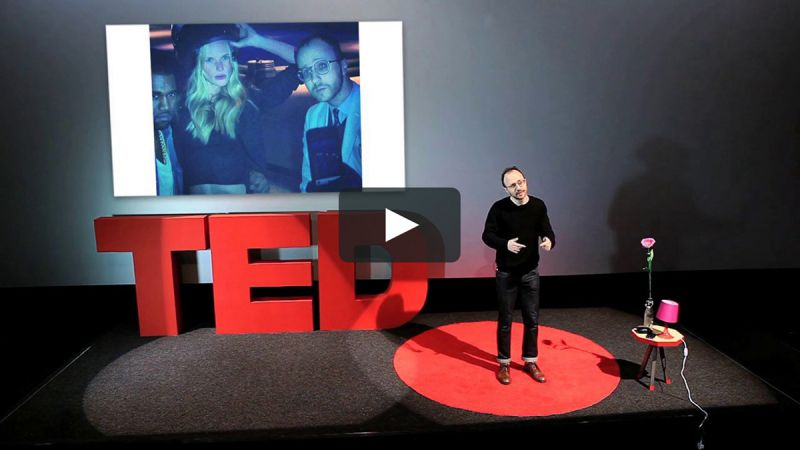 Nimrod Kamer, Wikiedit – The Change You Want To See In This World, 2013

Ruth Patir works with video, film, and performance in sequences that confuse the public and private spheres. Her work explores themes of identity, gender, technology, and the aesthetics of power. She received her BFA from Bezalel Academy of Art and Design Jerusalem (2011) and her MFA in New Genres from Columbia University (2015). She is the 2018 recipient of the Young Video Artist Prize from the Ministry of Sports and Culture of Israel. And her recent exhibitions include: Love Letters to Ruth at Hamidrasha Gallery (2018), The Jerusalem Film Festival (2017-2018); I Dream of the Elections at Danspace Projects NYC (2017), Anthology Film Archives (2016), New York and New Directors New Film Festival at MoMA and Lincoln Center (2014).