This issue compiles a series of perspectives on art-making and curating that consider forms of production through contemporary digital networks as well as increased reliance on digital technologies. The issue was developed based on Paul Stewart’s interest and research at the beginning. Dorothee Richter joined into the project at a later moment, introducing some additional aspects. It is clear that the overall topic is expanding in many directions; we therefore consider the issue as a much-needed start to discuss curating under digital conditions on our platform. Each interview, artwork, and article thinks through contemporary practices that rework or examine what the relationship of place, automation, labour, and archives have in relation to technological effects in production under neoliberalism. It is the amalgamation of more than a year’s worth of reflection and collaboration. This includes four interviews focused on art practice and digital art-making and also how the digital is an asset in the making and production of art and society. We are excited to present and bring together the thoughts and words of such a variety of strong and needed voices that exist in the art, political, and academic worlds. The issue also seeks to consider media artworks that are process-oriented or immaterial (for example, only software), or networked systems and how they exist in gallery collecting processes and preserving of media art.

When we proposed this issue, it came out of a short (.pdf) publication, “Scene Afterform: Bona-fide Sites and the Meta Community :)” to coincide with a performance by Omsk Social Club. In that piece, we pulled together eleven small propositions for a digital future and ideas for how curating and artworks function in the wake of URL. The intervention by Omsk Social Club at Migros Museum fuer Gegenwartskunst, Zurich, was part of the series, “Speculative Curating”, curated by Dorothee Richter.[1]

For Paul, as one of the editors, the issue made it possible to form questions around what is community in a digital narrative and what is the relationship between the digital and IRL (in real life): “I have reached a conclusion that the defining of categories of URL and IRL being separate is tokenistic and does not politically enable any progress. This conclusion is arrived at through interviews with Helen Hester and Amanda Beech, who have offered great insight into how digital is a material that is just as real and physical as the hardware that frames it. Taking this into account I will now go onto present the articles you will interact with on the following pages.” Dorothee did focus more in the theoretical and historical perspective of curating the digital.

Sabine Himmelsbach, Director, House of Electronic Arts Basel (HeK), focuses on the specific challenges an institution has to deal with when curating and collecting media art. This is done from the personal perspective of HeK, using examples of the institution’s three main trajectories—presenting, mediating, and collecting digital art—and also addressing how public understanding can be developed within the social and political complexities of art and media technologies. This article provides an insight into how institutions can respond to changes in art forms and propose strategies for immersive learning programmes and how to treat the medium with respect.

There are four in-depth interviews: the first of the four interviews, with Amanda Beech, seeks to reflect on how Beech creates work with digital and video forms as well as her considerations as a writer and thinker related to the role of automation and future trajectories for society through digital art practices. The interview verges on trying to understand the politics of the digital in art-making and activism as well as in curatorial or collecting practices. In the second conversation, Paul, KA Bird (an artist based in Middlesbrough, UK), and Helen Hester (Professor at University of West London) discuss the role of the manifesto in a digital form through the Xenofeminist manifesto. They go on to consider what role art institutions can play in questioning gender, automation, and ideas of community through developments in digital technologies and communication platforms. Following this interview, Philip Howe’s interview with Yuri Pattison begins with reflecting on Howe’s first IRL encounter with Yuri Pattison’s work, namely, RELiable COMmunications. The interview seeks to understand Pattison’s practices and how he interacts with the digital to build co-working and delocalised collaborations. The fourth interview is between Joshua Simon and Ruth Patir on the purpose and directions behind the exhibition In the Liquid, curated by Joshua for the Print Screen Festival in Bat Yam, a quarter of Tel Aviv. The project stretches the curatorial agency extremely far, insofar as the works shown are not artworks as such; these non-things are stretched along a circular rotunda of lightboxes, vitrines, and screens, suggesting a long-form sentence with no beginning or end, as described in the interview between Joshua and Ruth Patir: “The exhibition included, among other items, a 3D ‘glow in the dark’ printed gun, a bitcoin bank coin, a 1080i graphic card, a video of a 1984 Macintosh commercial, a book about the art of seduction, and hundreds of cans with Silicon Valley’s super-food Soylent Green.”

The two commissioned artworks for the issue are from Manuel Roßner (Float Gallery) and the collective known as New Scenario. Manuel Roßner has produced a slowly flowing liquid digital form. Presented through video (a link can be found in the issue) and in stills from the video in the issue, it demonstrates the flooding of digital data into a real-life space, creating architectural forms on existing forms. Roßner states: “My assumption is: physical space has a status quo because our bodies are part of this reality, but this is about to be disrupted by immersive experiences as well as artificial intelligence.” And through the works on the following pages, you can see an algorithm discovering the borders of an invisible container, which actually is the space in the background on a smaller scale. New Scenario have produced four posters that seek to demonstrate tools, routes, and suggestions for making works or curating in web browsers and in real life or traditional gallery spaces. These posters/works consider the curators’ influences on the setting, in which they choose a certain location, situation, or scenario for the (image) production or their influence on the stage design of the work. To round off the two artist commissions that are presented is visual essay of a three-person action poem performed by three computer-generated voices that looks to question routes of navigation or materials such as tarmacs or the fibre-optics that allow us to scan the web as spaces of divergence and utilities for alternate experiences.

For the short (.pdf) publication, Paul started his introduction with a fictional narrative. He asked the reader to think of the work being presented as the possibility of creating something with a fictitious nature. More precisely, a fictitious attempt to contextualise what might be a community in its separate nodes of a publication. He calls for the reader to do the same through this issue. Its ideas are legitimate, and the works need to be considered with serious reflection and contemplation, but what is important about this collection of texts is the exciting possibilities of generating strategies in curating in relation to the digital. It offers a toolbox of perspectives; for example, New Scenario’s commissioned artworks are poster strategies for how to make and curate work online and in their working methodologies.

A historical perspective on curatorial and artistic work in relation to technological developments is provided by Dorothee, presenting an overview of the subject.

Inspired is our thinking also by Felix Stalder’s highly recommended The Digital Condition. He outlines some relationships between navigating the web and curating, pointing out the possibilities and threat by the digital condition along the registers of referentiality, communality and algorithmicity.[2]

In the article “(NON-)THINGS, or Why Nostalgia for the Thing Is Always Reactionary,” Dorothee Richter develops the idea that the longing for materiality could be recognised as a symptom of the digital age. She makes this argument via historical visual narratives and via theories on how images and exhibitions generate meaning.

The issue is concentrating on the digital in a moment when a pandemic is demonstrating that our ways of communicating will change drastically in the coming years. 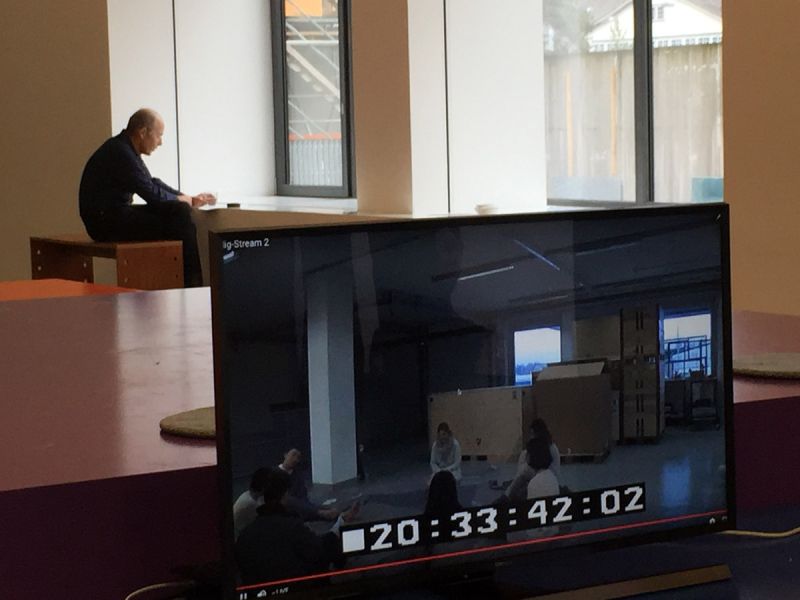 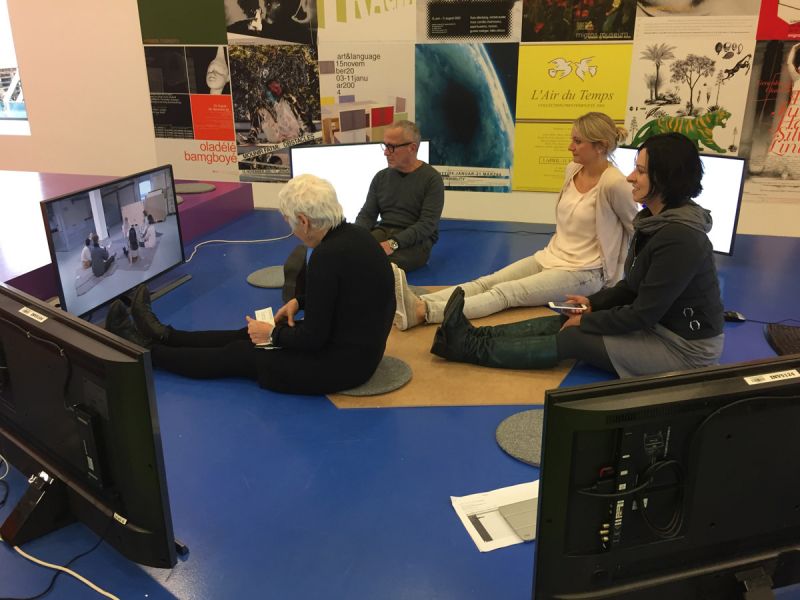 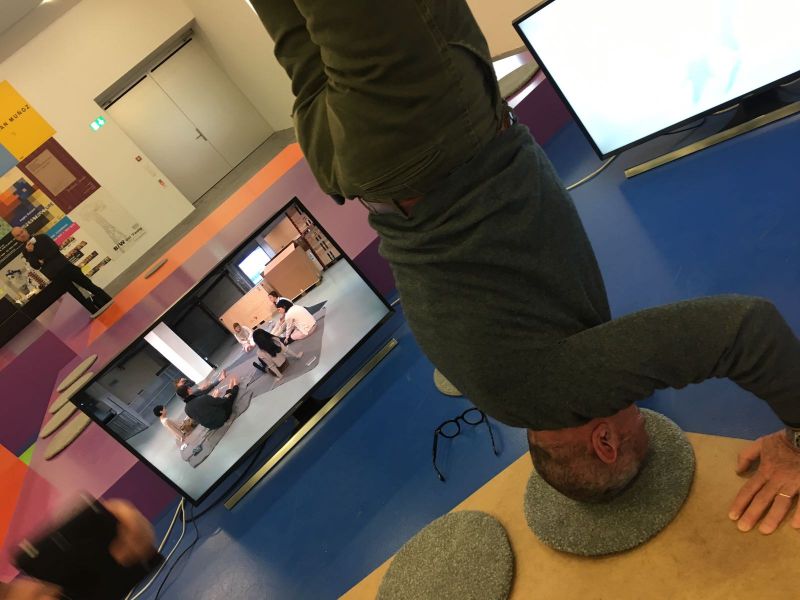 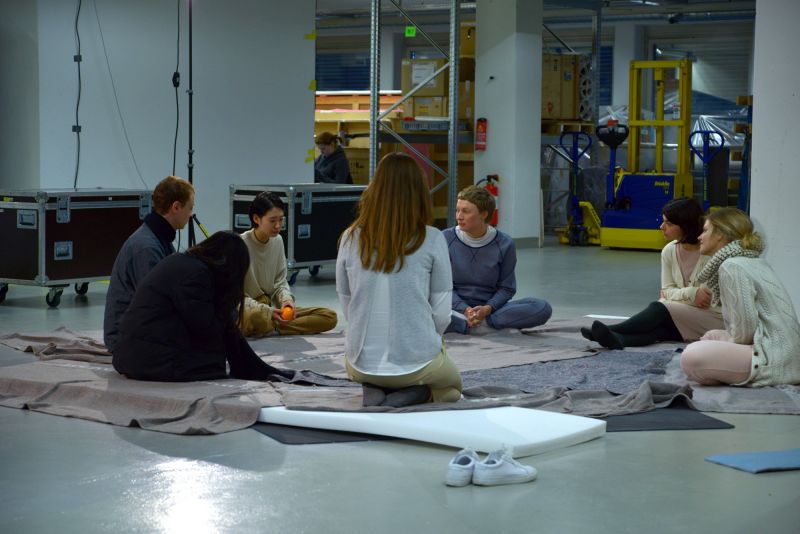 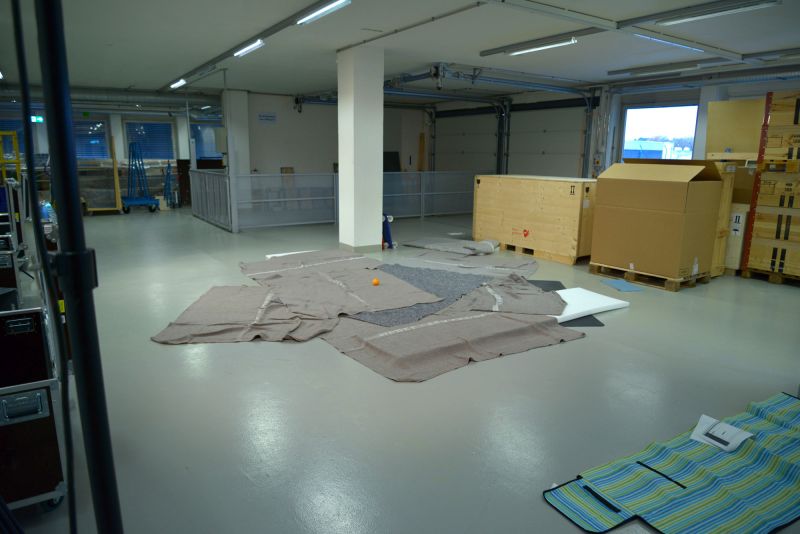 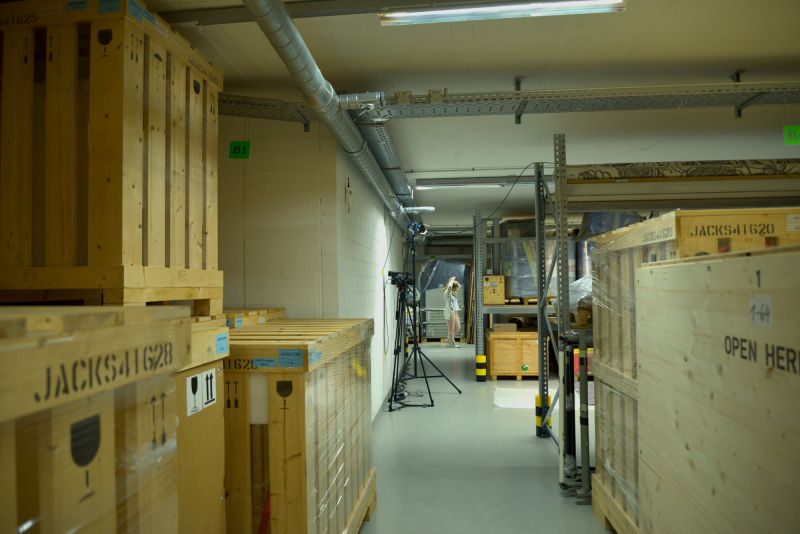 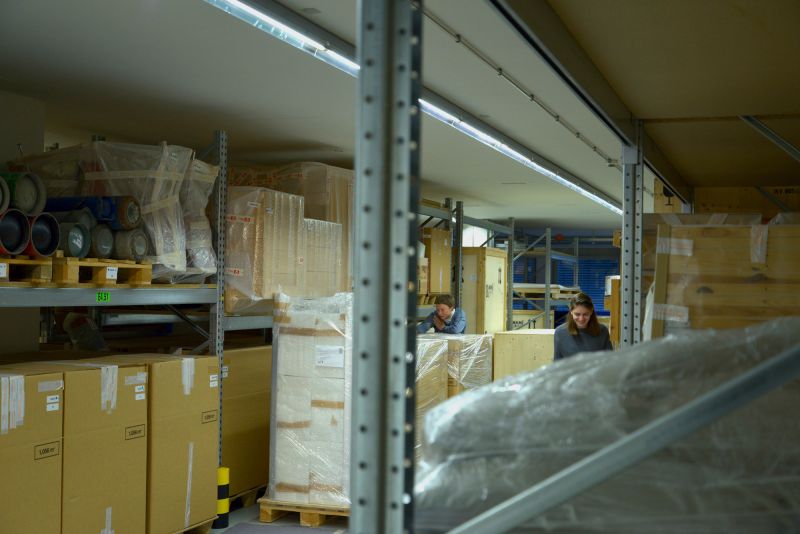 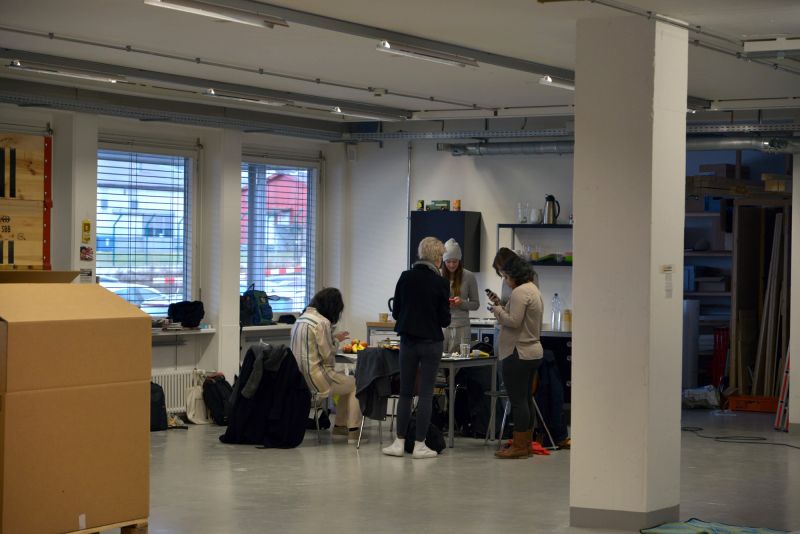 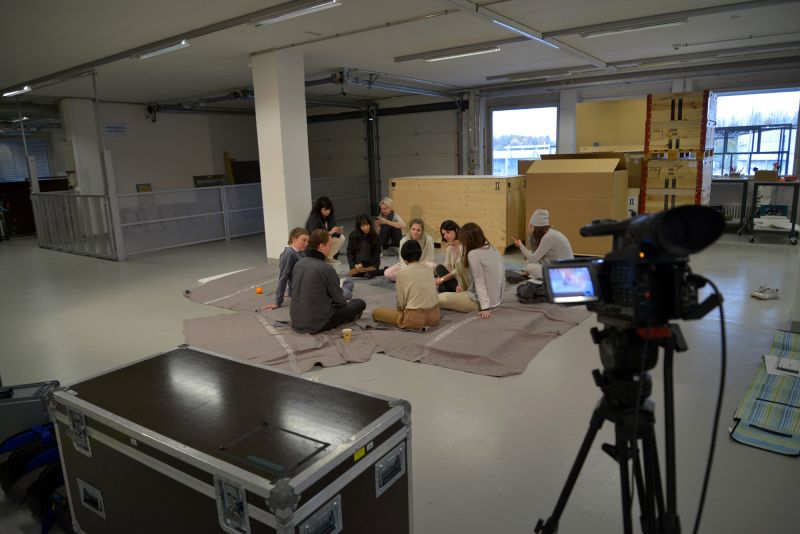 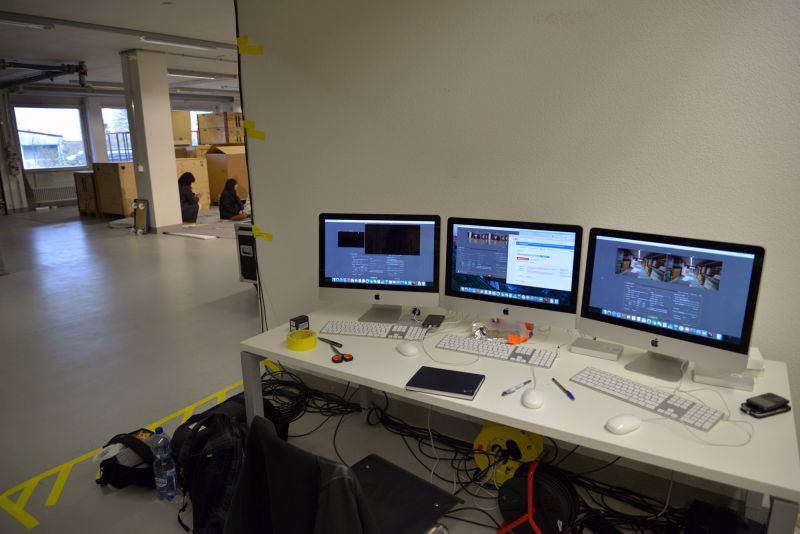 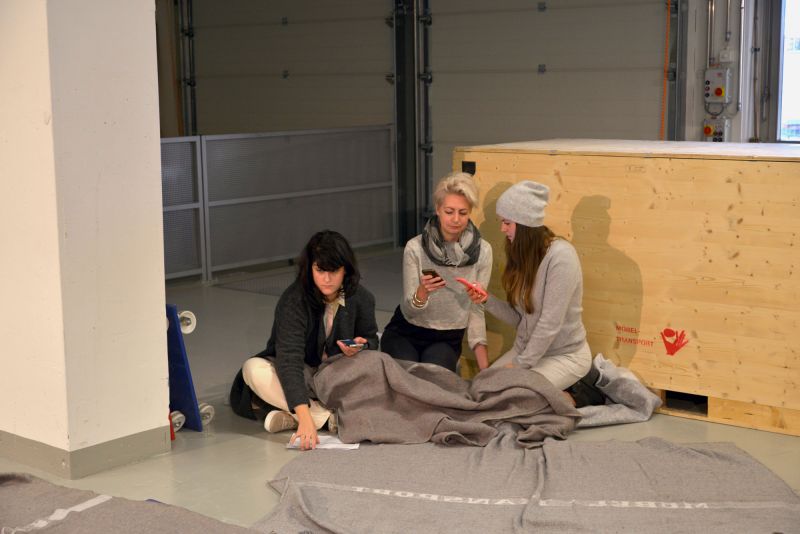 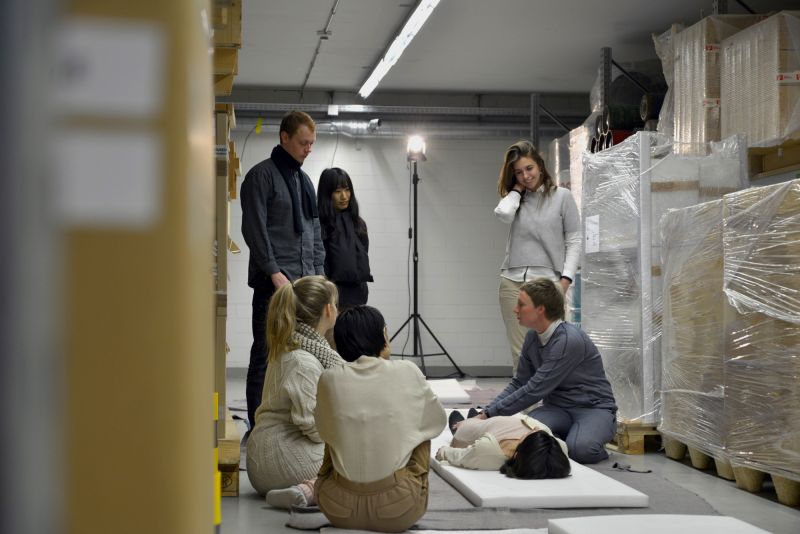 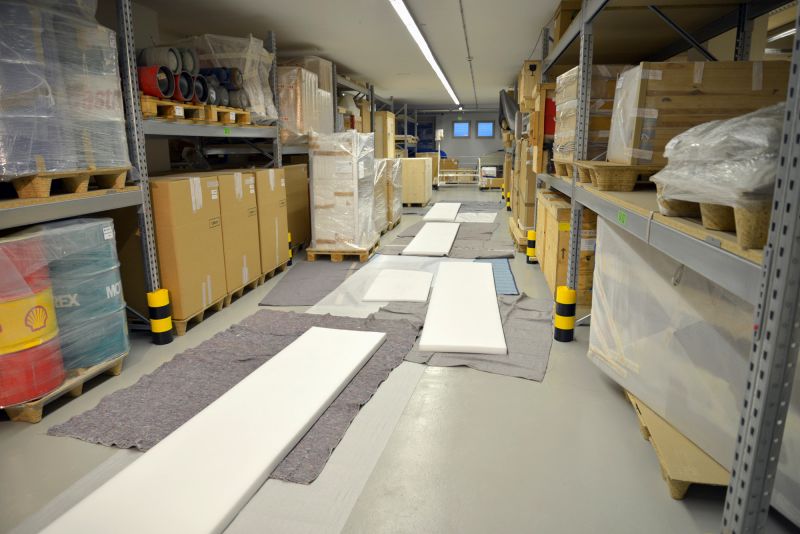 Speculative Curating in cooperation with Migros Museum fuer Gegenwartskunst 20th Anniversary.
Omsk Social Club Feat PUNK IS DADA held a performative intervention, connecting the exhibition space of the Migros Museum für Gegenwartskunst with the deposit of the collection. Omsk Social Club feat. PUNK IS DADA lives and works in Berlin and has exhibited widely across Europe. She is working heavily with the concept of Cosmic Depression, the theory of depression caused by digital utopia (Paradise without Ecology).

Dorothee Richter is Professor in Contemporary Curating at the University of Reading, UK, and head of the Postgraduate Programme in Curating, CAS/ MAS Curating at the Zurich University of the Arts, Switzerland; She is director of the PhD in Practice in Curating Programme, a cooperation of the Zurich University of the Arts and the University of Reading. Richter has worked extensively as a curator: she was initiator of Curating Degree Zero Archive, Curator of Kuenstlerhaus Bremen, at which she curated different symposia on feminist issues in contemporary arts and an archive on feminist practices, Materialien/Materials; recently she directed, together with Ronald Kolb, a film on Fluxus: Flux Us Now, Fluxus Explored with a Camera.

Paul Stewart is an artist and curator based in Gateshead, England. He is a lecturer and course leader BA Fine Art at MIMA School and Art and Design, Teesside University. Completed a PhD (2018) titled: The Alternative Art School: Art, Hegemony and Critical Pedagogy.  MA in Art & Politics from Goldsmiths College (2012), BA in Fine Art at University of Lincoln (2011)t. He was theco-founder of the Middlesbrough Art Weekender, Bad Spirits, and the Alternative Art College. He has exhibited work and published around topics sitting at the intersection between art practice, the digital, politics, and critical pedagogy.