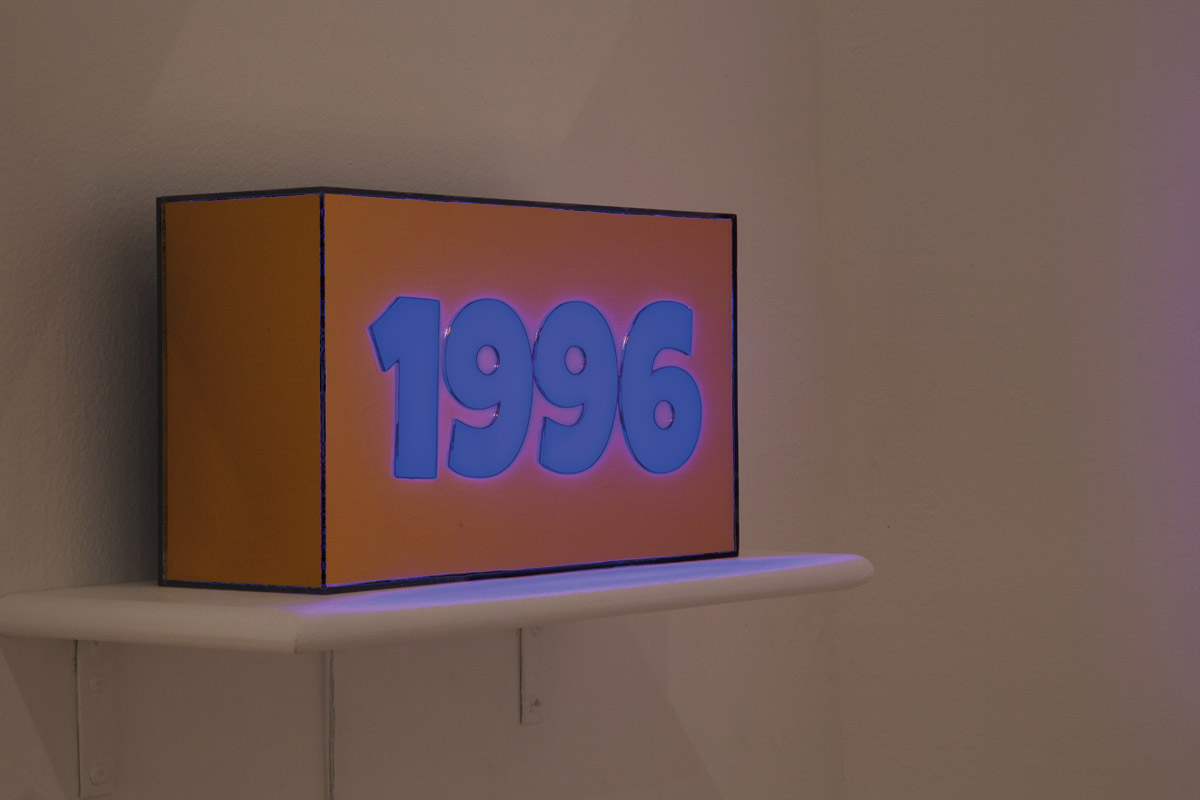 I can’t think of the year 1996 without welling up. It’s a clear line that marks before and after. For more than a decade, a plague ravaged through communities with little reprieve. But for those able to endure, 1996 presented what seemed to be magic. Protease inhibitors became more widely available, and in turn, people reemerged from their deathbeds.  Hospices, once overrun and consumed with mortality, needed to quickly shift into transitional living facilities. For the first time in a long time, there was a glimmer of hope. Yes, HIV continued to devastate. Antiretrovirals maintained toxic side effects.  People of color and impoverished communities continued to bear a disproportionate burden. But for a moment, a brief moment, there was a possibility to exhale.

The last display of the entire AIDS Memorial Quilt was in October of 1996. The Quilt covered the entire National Mall in Washington, D.C. By chance, I was in town the same weekend. I was overcome wandering between the narrow pathways of fabric adorned with personal artifacts: sequins and rhinestones, t-shirts and leather vests, teddy bears and tiaras; remnants punctuating the inadequacy of objects left behind to truly capture the complexity of a lost loved one. Crafting and stitching became a method in which to process grief. Tens of thousands of 3 feet by 5 feet panels, the approximate size of an average grave, underscored the incomprehensible personal and communal loss. The Quilt is now too large to be shown in a singular location: the expansive shroud both recording suffering while honoring life, no longer able to be fully expressed.

After I graduated college, I moved to DC and worked at a non-profit organization that delivered meals to individuals living with HIV. The walls of the office were lined with photos of clients who had passed away from the disease. Our large conference room was a war memorial to unarmed men.  I’d often go in to sit alone, gazing at the beautiful portraits, the strikingly handsome faces staring back at me. So many lost. Intrinsically I knew, had I been a few years older or come out a few years younger, I would have been among the departed hanging on the wall.

Like 1996, the approval of PrEP in 2012 signaled yet another historical line of demarcation in the epidemic. This singular, daily pill presents the option to preemptively ward off contracting the virus. While far more complex than misleading analogies to vaccines and birth control, it does provide some with a sense of proactive safety, a means of reducing anxiety, an instrument to empower.

For the past two years, I have been working towards my Master’s in Fine Art at the International Center of Photography-Bard program in New York City; I knew I wanted to create an art piece for my thesis exhibition that addressed the inherent complexities of both 1996 and 2012. I wrestled in my head with how these two dates could converse with each other and commune with the viewer. I sat for hours doodling on bar napkins, somehow always winding up with tears streaming down my cheeks.

Can I get you another glass of wine?

Sketches in my journal marked the evolution of my ideas: shapes of possible light bulbs, notes from phone calls with fabricators, explorations into cheaper alternatives like neon or sequins. But two things remained consistent throughout: the acerbic date of 1996 and the seductive, hypnotic hue of Truvada blue.

As the opening to my solo show encroached, I had no viable options in front of me to bring into reality the vision I had in my head. The hours spent weaving through crowded storefronts on Canal Street researching metal casings and non-flammable synthetics seemed for naught; my ill-equipped attempts at verbal illustration further confused by flailing hand gestures to shop workers brought me no closer to resolution.

After one particularly defeating day of investigation with a plastics laser cutter, I retreated to a nearby coffee shop to escape the cold. I resigned myself that this 3-D incarnation of my sketched creation was not feasible, at least not in time for my show. I thawed myself and scrolled through Google fonts on my laptop, one last effort at denying the inevitable. Several pages deep into the typographical catalog, the font I’d been envisioning, doodling, confronted me. Its name: The Luckiest Guy.

And with that, resolution was near. Within days, I ensured this essential piece of my show was crafted. This far-flung notion manifested before me: an enchanted golden box, both emanating anguish and bewitching allure, commanding us to participate through our reflection, our likeness, our gaze.

I recently dined with a group of friends, gay men a few years my senior, a generation heavily hit by the AIDS crisis.  Over a shared meal, our spirited conversation interwove life lessons, modern politics, and ribbing humor with panged stories of lovers and dear friends no longer with us. One gentleman, once given ‘6 months to live’ when diagnosed at age twenty, contrasted the side effects of his current meds to poisonous sensations he experienced when on AZT.  Another shared how aging has stirred up feelings of being sexually invisible; feeling of expiration, further complicated by a palpable survivor’s guilt. Our coming together was bittersweet: there was deep gratitude for the opportunity to commune, mixed with the gutting recognition of those who could not.  The present punctuated by the past.

Michael McFadden (Chicago, IL) explores and celebrates sexual freedom as a form of resistance to multilayered stigma and trauma, both historical and ongoing. He worked within community health centers and social services for over fifteen years, focusing primarily on LGBTQ health and the provision of HIV/AIDS services. He brings this process and awareness into his art practice. Michael received his BA and MSW from Loyola University Chicago and is a recent graduate of the ICP-Bard MFA program. www.michaelmcfaddenphotography.com