Subsequently published as a facsimile, this English translation of the original Italian text (1993) was first published in Giorgio Agamben, Means without End. Notes on Politics in Theory Out of Bounds, Vol. 20 (Minneapolis/London: University of Minnesota Press, 2000). 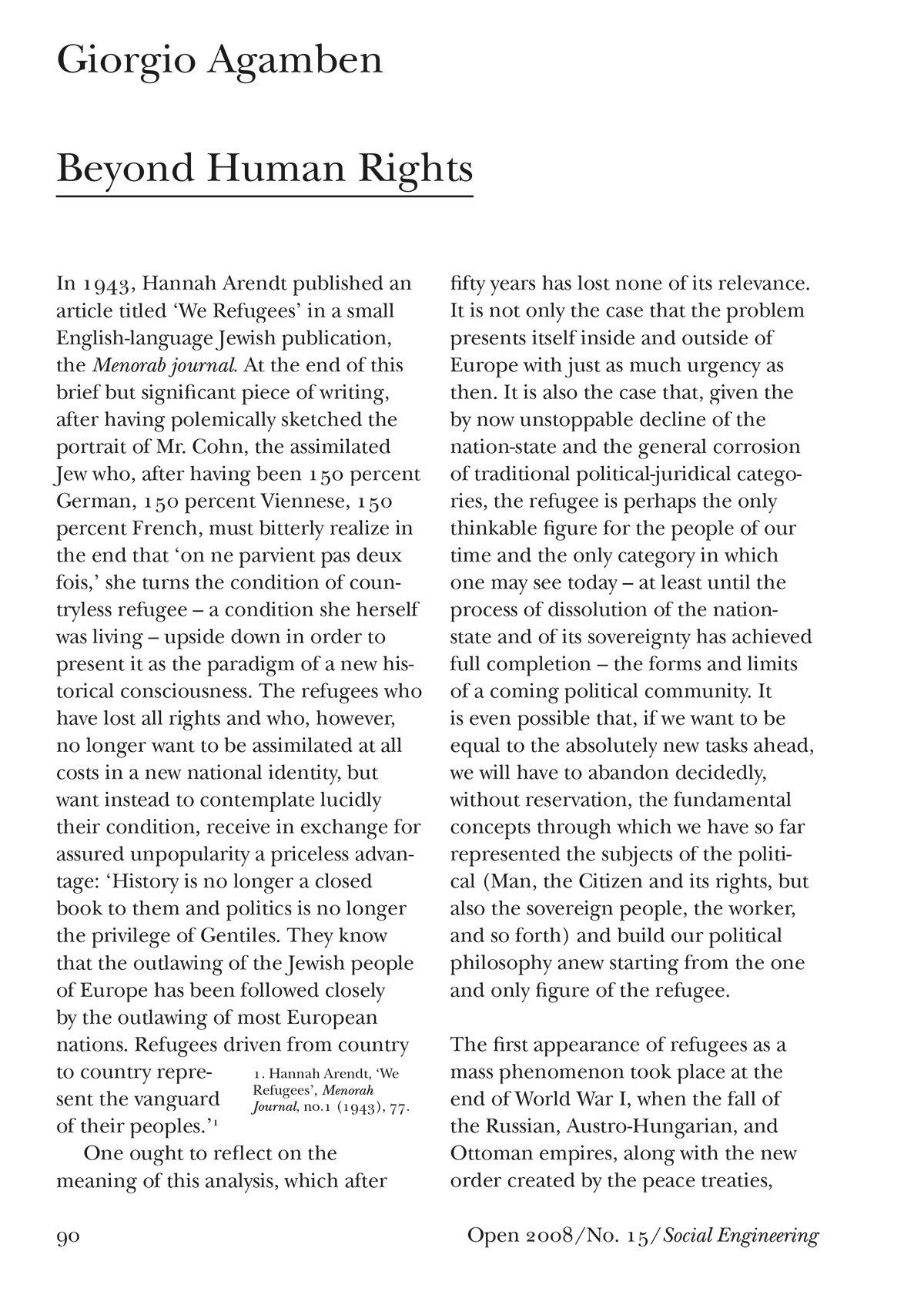 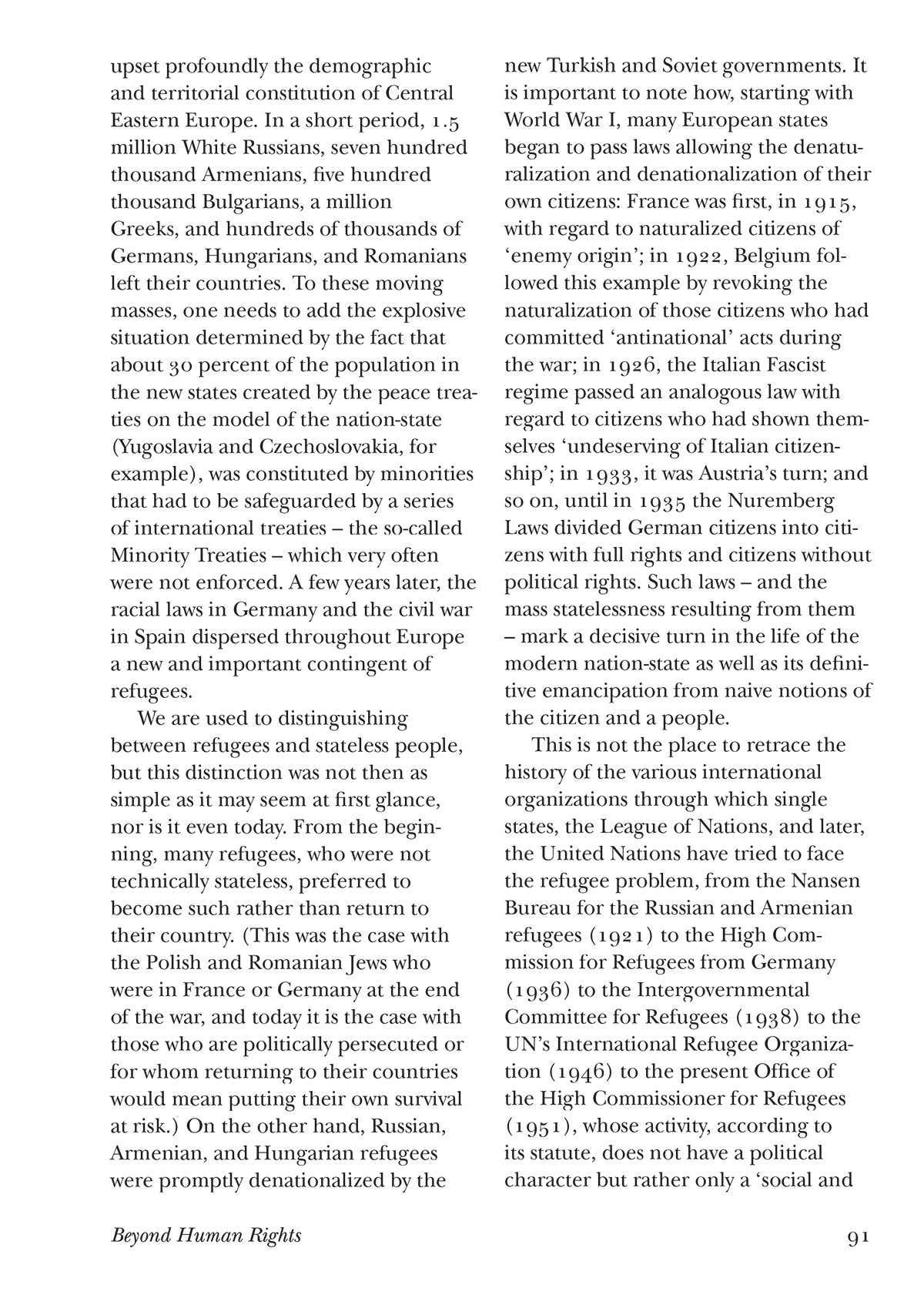 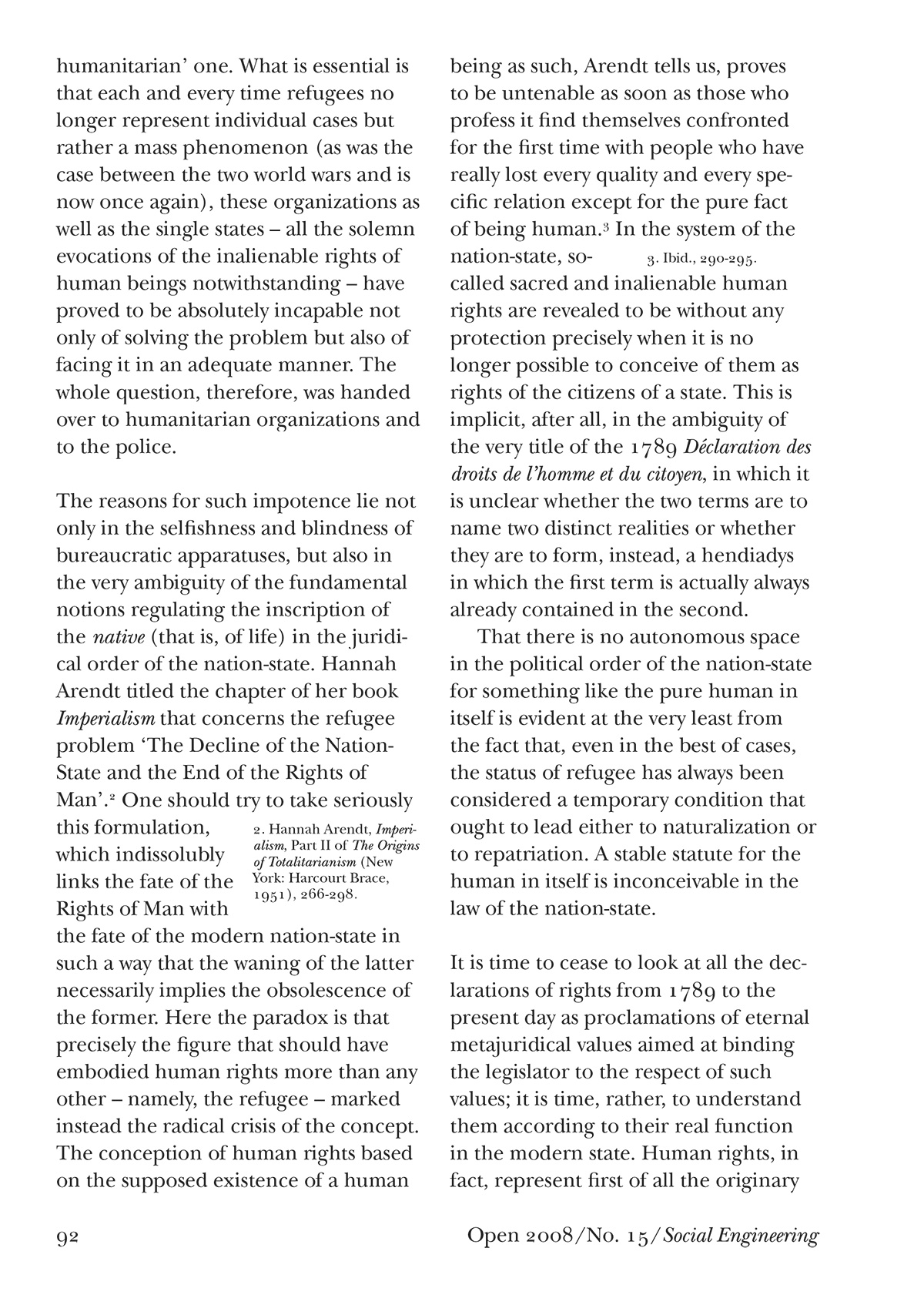 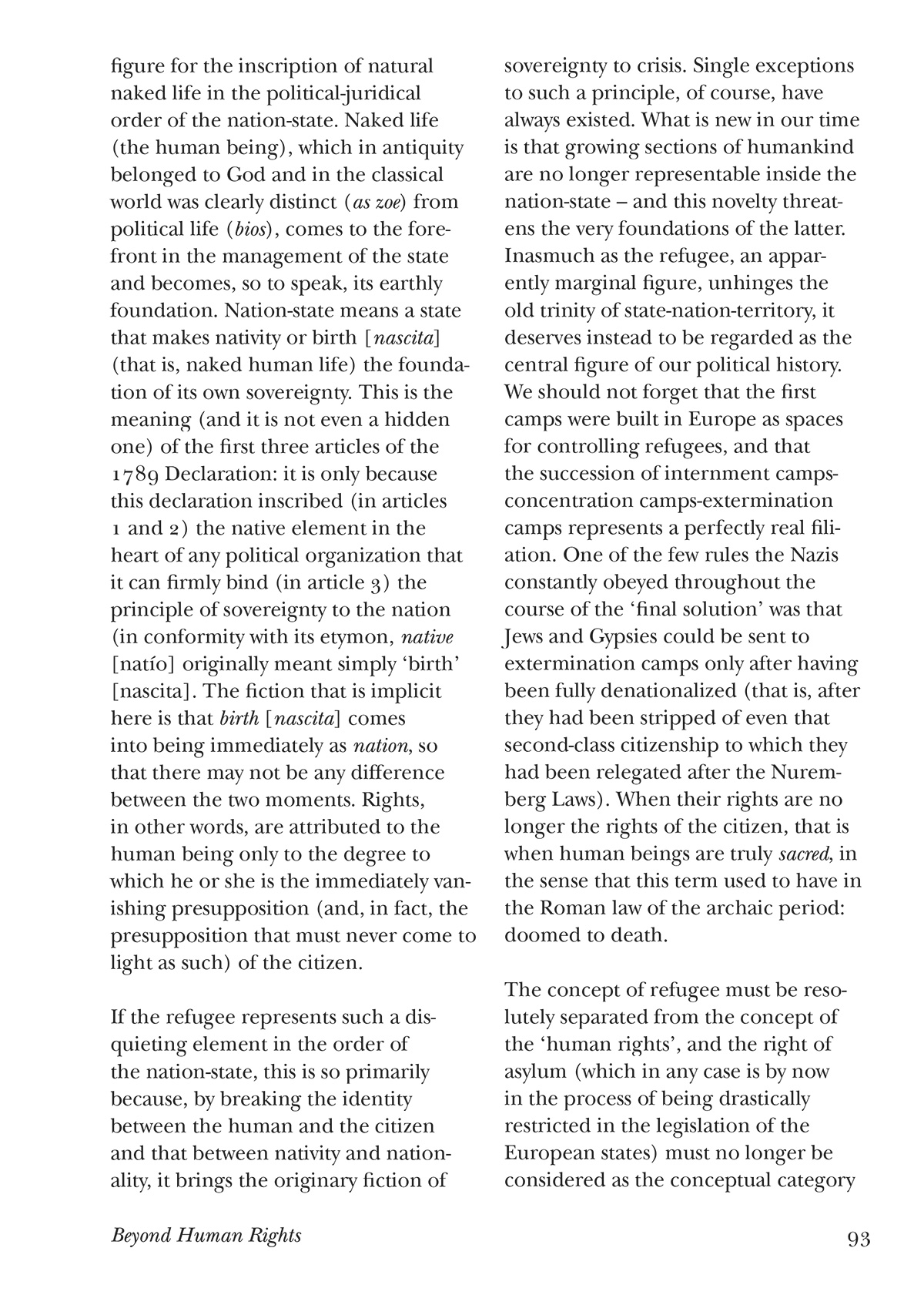 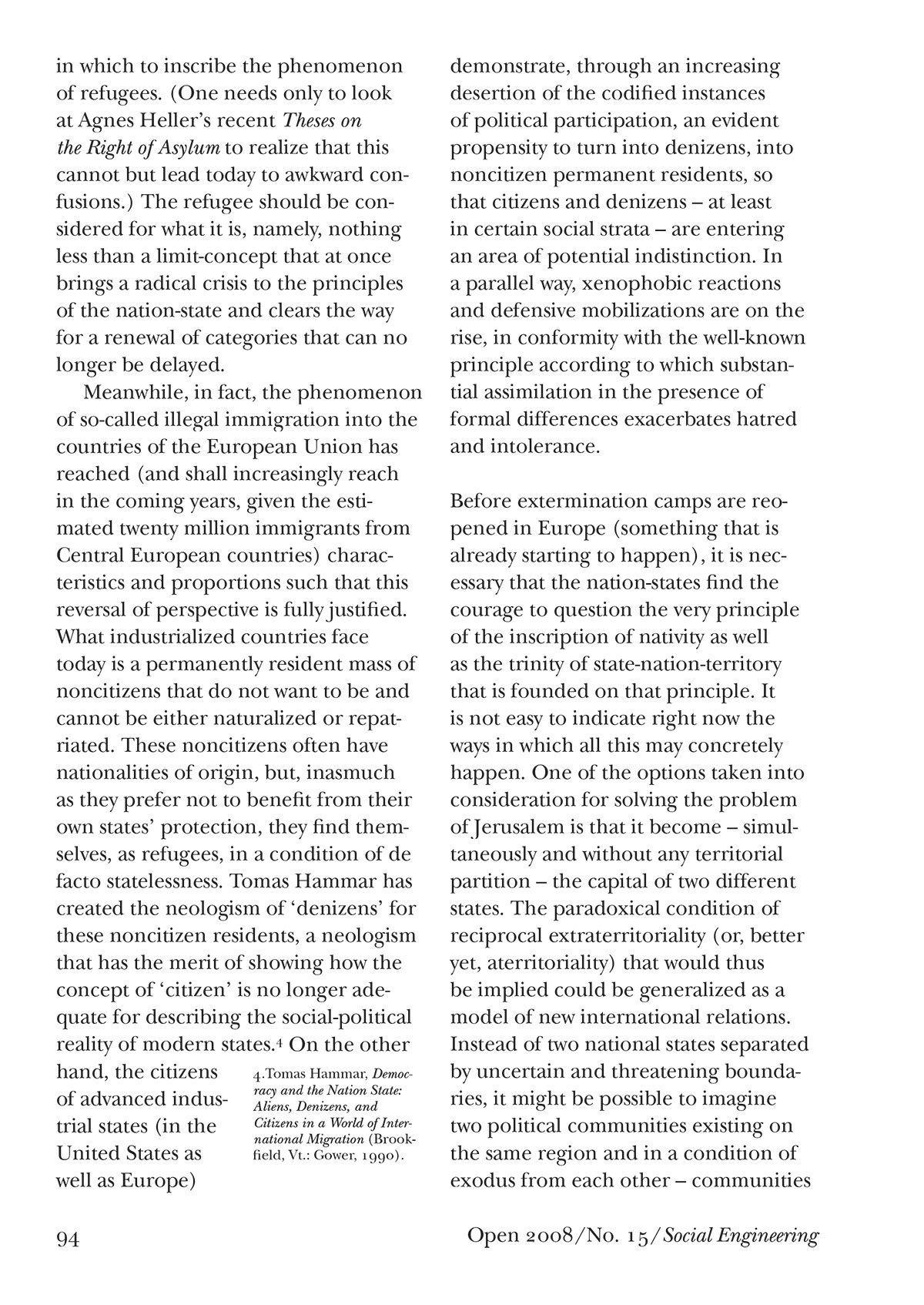 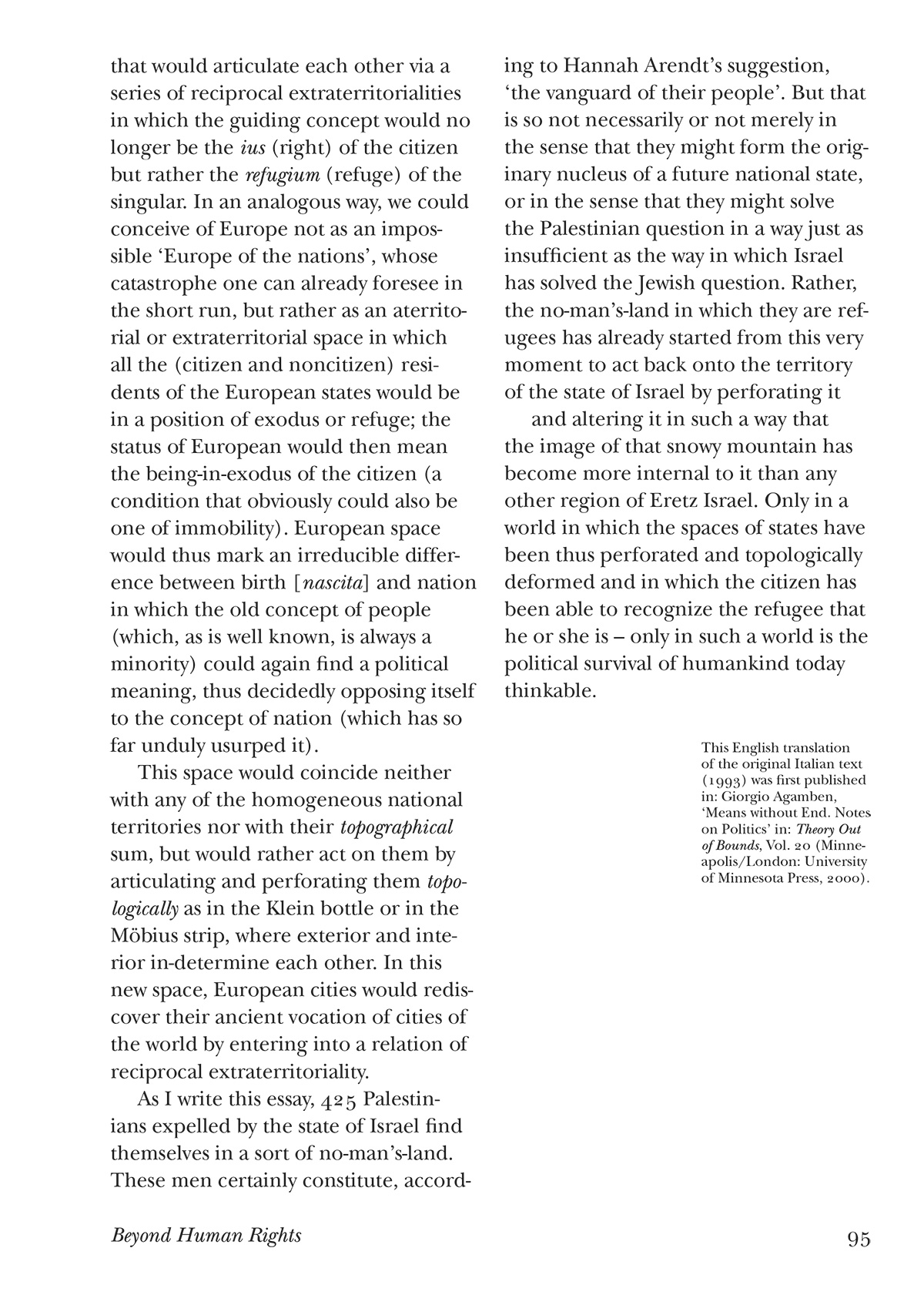 Giorgio Agamben (b. 1942 Rome/IT) is one of the leading figures in Italian philosophy and radical political theory, and in recent years, his work has had a deep impact on contemporary scholarship in a number of disciplines in the Anglo-American intellectual world. Agamben completed studies in Law and Philosophy with a doctoral thesis on the political thought of Simone Weil, and participated in Martin Heidegger’s seminars on Hegel and Heraclitus as a postdoctoral scholar. He has taught at various universities, including the Universities of Macerata and Verona and was Director of Programmes at the Collège Internationale de Paris. He has been a visiting professor at various universities in the USA, and was a Distinguished Professor at the New School in New York City. He caused a controversy when he refused to submit to the “biopolitical tattooing” requested by the United States Immigration Department for entry to the USA in the wake of the September 11, 2001 attacks.

Twenty-four Hours at the Grandhotel Cosmopolis in Augsburg. Stories of Work, Migration, and Collectivity.

An Interview with Esther Eppstein by Agustina Struengmann

Esther Eppstein on Making Zurich a Home for Art and Artists

Alienation, the Social Individual, and Communism: Marx in the 21st Century

“We have to live a quiet life.” The Voice of the Sans Papiers

For Whose Own Good?

ELDORADO – Where Would You Search for It?

An Interview with Tim Zulauf by Katya Knoll

Questioning the Nation State: A Possible Future for Urban Citizenship

“There is no limit, I’m very happy with hybrid bastards.”