The Six Enemies of Greatness 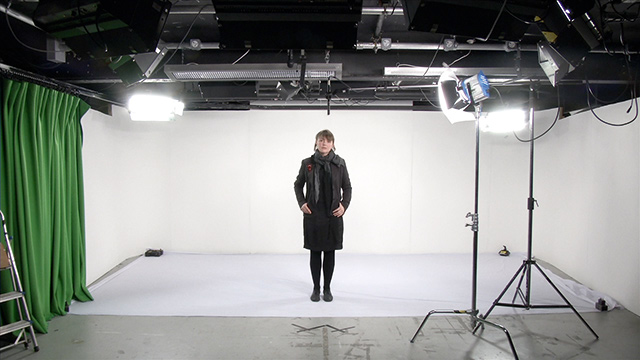 Enemies of Good Art was performed in a TV studio in London in 2012. It was a response to the activities and concerns of the wider project under the same name. The project evolved around a series of discursive events held between 2009 and 2014. Reproduction, social reproduction, labour, domestic labour, and the nature of creativity for the artist with children were the main subjects discussed during open public meetings and live radio broadcasts.

Martina Mullaney is an Irish artist and PhD Candidate at University of Reading, looking at the missing mother from public, social, and academic contexts. She won the Red Mansion Art Prize in 2003 and graduated with an MA in Photography from the Royal College of Art in 2004. She has exhibited with Yossi Milo Gallery in New York, Fraenkel Gallery, San Francisco, Gallery of Photography, Dublin, and Ffotogallery, Cardiff. After the birth of her daughter, she initiated the project Enemies of Good Art in 2009—a multi-disciplinary project interrogating the position of the artist in relation to the family. The project was executed through a series of public meetings, performances, lectures, and live radio discussions. Events took place at: Tate Modern, the ICA, Southbank Centre, and Chisenhale Gallery, as well as at Tranzit Display Gallery in Prague, Czech Republic, and Galerija Nova, Zagreb, in 2015. Enemies of Good Art was also broadcast on Resonance 104.4FM.

Video still, What the f**k is social reproduction? An introduction by Plan C, Plan C

A short introduction to the idea of social reproduction and what it means for those organising in, against, and beyond capitalism. Made for Plan C, a UK-based communist organisation.

Plan C is an organisation of people who are politically active in their workplaces and communities. We work together to support each other, amplify our struggles, and think strategically. We want to go beyond network-based organisation, without falling back on the model of a party. We are committed to ongoing experimentation to find the forms of collective activity needed to build a world beyond capitalism. Plan C is also concerned with making plans—plans to survive and resist capitalism’s attack on our lives, and plans for collective self-organisation.
(www.weareplanc.org).

Can love be genuine and at the same time for sale? If it is purchased, it obeys a calculation, and hence it is dependent on something other than itself, is instrumentalised, and hence devalued. If it lies beyond calculation, however, it contradicts the supreme premises of our economic order, by which standards it is dangerous nonsense. A video performed by Susanne Clausen and Pawlo Kerestey, masquerading as their own younger and older selves.

Szuper Gallery: Susanne Clausen and Pavlo Kerestey initially formed Szuper Gallery as a tool to explore the concept of gallery as institutional critique. Operating as an artists’ collective, they have since moved on to larger sites for art production and continue to renegotiate their East-West experiences through a number of projects looking at precarious working conditions, disaster narratives and social choreography. They recently exhibited at GRAD London, Western Front Vancouver (2014), National Museum of Art Ukraine (2013), Perm Museum of Contemporary Art (2012), Kunstmuseum Thun (2012), MacKenzie Art Gallery (2011), Kunsthalle Helsinki (2005) and Para/Site Art Space, Hong Kong (2005). Susanne Clausen is a Professor in Art at the University of Reading. 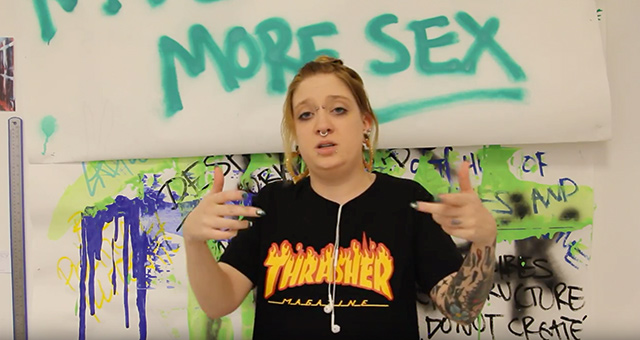 “Fuckin' Artists” written and performed by Liv Wynter: Liv Wynter spits about how some men just wish all your work was about them.

Liv Wynter is a queer female artist working and living in London. Through her anarchic and punk exploration of language, rap, and poetry, Wynter uses performance to bring attention to issues such as trauma, recovery, abuse, sexual violence, and identity. Wynter's work takes the form of performances of polemic text, most often live. Her work challenges the idea of intimacy and negotiates ways to exist and show work outside of the institution and without compromise. 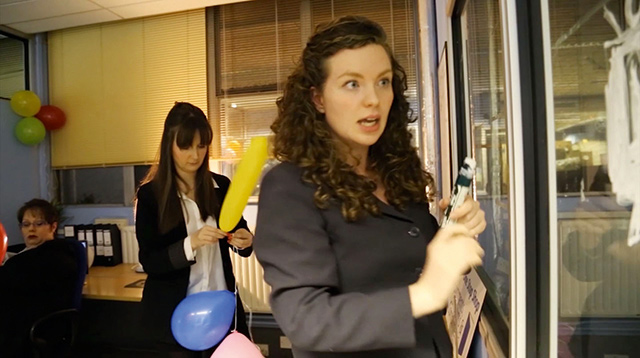 We're on it explores the potential to expose political stereotypes and rhetoric. Through staging short vignettes that focus on a futile group activity, contemporary working relations and ‘issues’ are performed and satirised. Through fast-paced and absurd narratives, the films portray the struggle between individual self-expression and communal belonging against a backdrop of confused dogmas and information overload. 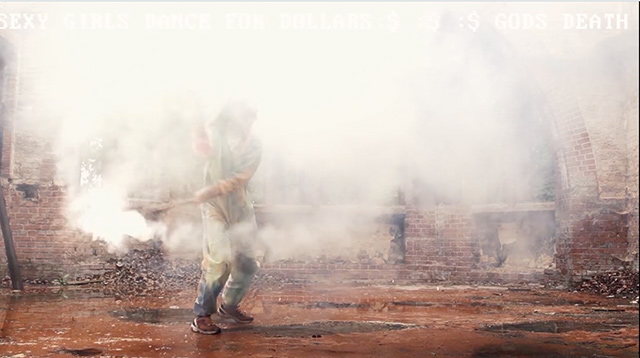 MEAT SPACE # MY GIRLFRIEND IS THE REVOLUTION represents a new genre of ephemeral action—it commodifies the cultural shift from Cyberpunk ‘90s dream utopias to the legitimacy of reality in cyberspace. MEAT SPACE also showcases PUNK IS DADA's new online collection of clothing, face wear, and hair for anti-face detection via CCTV or OPENCV, one of the most widely used face detectors on the Internet—style tips have been taken from Adam Harvey's extensive research on camouflage from face detection with CV Dazzle. Cyberspace knows everything as devoid of consequences, even her own utopia.

PUNK IS DADA is “futuristically political”, [i.e. unrealistic], proposing the contents and makings as a form of post-political entertainment. The content examines other virtual egos and experiences, allowing the works to become a dematerialised hybrid of modern day culture. Yet she declares herself an untrend; PUNK IS DADA assumes the visage of poverty in her anti-nostalgic dystopia—she is industrial by nature and de-gendered by style.

You print it now

The Six Enemies of Greatness

Feminist Tactics of Citation, Annotation, and Translation: Curatorial Reflections on the Now You Can Go programme

Living the Revolution: A Dialogue Between Maura Reilly & Lara Perry

The Biographical Exhibition as a Problem of Feminist Critique and the Case of the Exhibition Marlene Dumas – Female, 2005

In search of the Feminist (in the) Institution

Public Service Announcement: On the Viewer’s Role in Curatorial Production

Curatorial Materialism. A Feminist Perspective on Independent and Co-Dependent Curating.

“We falter with feminist conviction”

Angels in the White Cube? Rhetorics of Curatorial Innocence at dOCUMENTA (13)