The first time I was introduced to hybrid films was the time when I was offered to write this essay. A "hybrid film" for me, a professional in visual arts, seems like an unnecessary designation for something that will not be divided into techniques or genres in the future. However, after dealing with this particular term, its use in film arts and viewing it from the point of view of the film industry, I have to admit I am not as sure anymore.

If we were to discuss animation or an animated film with regard to terminology, I would like to note that the world of animation research is still working on defining newer phenomena, and the main problems arise from the emerging technologies. "Hybridism" also appears as a means of blurring the borders between genres, which, in case of the animated film, refers to the documentary material.

One of the factors which causes controversy among the animators is the adopted rule that unless the animated film has been computer generated, each shot which creates motion is a handiwork of the animator. Therefore, as technologies make the motion making process considerably easier, designations related to motion graphics are being used more often. The term "hybrid film" has not been introduced yet, however it could be useful in those cases in which the animation is created by using photo fixation methods or filmed materials. At this point I would like to discuss Tampere Film Festival 2012, and two of the films which where awarded there. One of them is a film by Mihai Grecu titled WE’LL BECOME OIL (2011), which is created by using filmed material and photographs, that completely imitates live action after post-production, and animation process. As a matter of fact, the short film, which consisted solely of special motion graphic effects, won the prize for the best animation, while the animation film LAST BUS (2011) won the Grand Prix of the Tampere Film Festival. Visually, WE’LL BECOME OIL could be referred to as live action, however LAST BUS falls under the animation genre. Nonetheless, in both cases the image and the movement are created to achieve certain aesthetics and content.

LAST BUS, the film that combined both live action and animation and received several prizes in the category of best animated film (which were later taken back) had become the bone of contention. In this case, the term "hybrid film" would be the most accurate to describe it. LAST BUS was created by using actors, whose movements were restricted, as every actor was wearing a non see-through animal mask. As a result, each movement was scripted and led by the directors. The necessary movements were recorded with a camera and the complete animated visual image was created in the post-production process. Without going into details, it is obvious that the development of technologies nowadays intends to blend animation and the live action genre. Still, to not confuse the viewer, the well-known and well-sold word "animated film" is used. In the non-commercial field of research and criticism, the film in which the acting is based on motion tracking, should be regarded as a hybrid film, as the image itself is computer generated. The only aspects, which are created with the help of the human’s hand, are the environment and the characters. The aspects of terminology should be flexible as long as the development of technologies continues. However, it means that it will be impossible to create a precise definition that could characterize in depth one or another phenomenon of filmmaking and arts.

In my opinion, the most compelling aspect is the hybridism found in a work’s content and the ideas it proposes. Animated documentary films are a great example. This hybrid is not new to the film world, as it was born in 1918 with the drawn animation of Vinsor MacKey titled THE SINKING OF LUSITANIA (1918). Nowadays this kind of work is food for thought, but back then it was a chance to imagine and see events that were hidden from the human eye. Nonetheless, the word ''documentary'' implies the use of stated facts. Documentary materials are the carriers of subjective information, yet their most important quality always remains their being as close to reality as it is possible.

The label “documental” can be added by using subjective evidence of history, for example diaries or the objective reality, which is the main goal in photo fixations. Hybridism is introduced in those cases when the animated film is being classified as a documentary, as it has been based on true story, which unfolds in the film or in an interview, documented conversations or the testimonies, that were left by the objects of the film. Latest examples of both cases can be Chriss Landreth's RYAN (2004), Theodore Usev's LIPSETT DIARIES (2010), Ari Folman’s WALTZ WITH BASHIR (2008) or Adam Butcher’s BRADLEY MANNING HAD SECRETS (2011). By using animation methods, each of these films tries to achieve something more than just a reconstruction of facts. With the help of animation the author tries to create a visualization of the emotional tone. Often, metamorphoses are used for this particular purpose. And so we observe Ryan Larkin slowly collapsing in the 3D animation and the bipolar disorder of Arthur Lipsett in the disturbing, and dark imagery of LIPSETT DIARIES. In my opinion, one of the best examples is the animation of Adam Butcher, BRADLEY MANNING HAD SECRETS, with its black-green gamut and 8-bit images, which are created by rotoscoping[1]. In this case, the most pleasantly surprising thing is the author's interpretation of the publicly available chat between Bradley Manning and the FBI agent. The author creates an aesthetically appealing place, rather than using a clichéd repetition of the chat. He imagines the appearance of the virtual space. However, during the whole animation he never fails to remind the viewer that the action takes place in the virtual environment. Similarly, the Latvian animation director Edmunds Jansons, uses diary pages with drawings that were made by some elderly lady in his documentary animation movie LITTLE BIRDS DIARY (2007). Edmunds turns the drawings into live animated characters, and at the same time he uses an animated depiction of the place where the conversation with the lady took place, placing her stories as images in the background. In any case, the use of the image and the movement created by the artist leads to the disturbance of the research of the documentary material and it is subjected to interpretation. That is why I believe that the documentary animation does not exist as a genre, it is always an interpretation based on real facts and materials.

When regarding the defining practice of genres and techniques in art, it is important to note that the designations and genres usually are weapons in the hands of the conceptual thinkers - the same we can see in film today - and hopefully will see more of in future.

Anna Veilande-Kustikova is a film, animation and moving image art researcher and curator. She graduated from the Latvian Academy of Arts, Art History and Theory Department with a thesis dedicated to animation in contemporary art. Veilande-Kustikova is a lecturer at the Estonian Academy of Arts and the Animation Department, a journalist at Echogonewrong, and an expert at Video Art Archive of Latvia. She is also the programme director at Riga International Film Festival 2ANNAS. 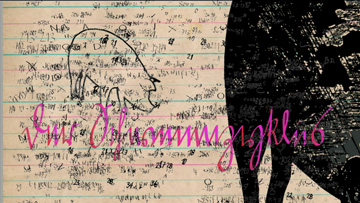 Notes
1 Rotoscoping is an animation technique in which animators trace over footage, frame by frame, for use in live-action and animated films.

Anna Veilande-Kustikova is a film, animation and moving image art researcher and curator. She graduated from the Latvian Academy of Arts, Art History and Theory Department with a thesis dedicated to animation in contemporary art. Veilande-Kustikova is a lecturer at the Estonian Academy of Arts and the Animation Department, a journalist at Echogonewrong, and an expert at Video Art Archive of Latvia. She is also the programme director at Riga International Film Festival 2ANNAS.

Compiling a Selection of Films is not an Artistic Strategy, it Brings Such a Strategy to Light