By making the abstract concrete, art no longer retains any abstract quality, it merely announces a constant striving for a state of abstraction and in turn produces more abstraction to pursue. It is this failure of the abstract that lures and hypnotises–forcing itself onto artists and demanding repeated attention. The abstract draws artists towards itself as a semi-autonomous zone just out of reach. It produces the illusion of a series of havens and places that might reduce the contingent everyday to a sequence of distant inconveniences. It is the concretisation of the abstract into a series of failed forms that lures the artist into repeated attempts to “create” the abstract–fully aware that this very act produces things that are the representation of impossibilities. In the current context this means that the abstract is a realm of denial and deferment–a continual reminder to various publics that varied acts of art has taken place and the authors were probably artists. 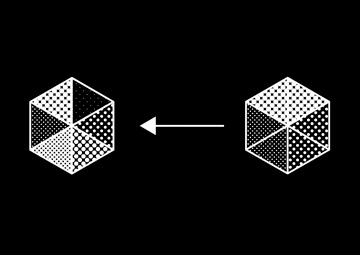 The creation of an art of the abstract is a tautology. It cannot be verified independently. We have to accept that the concretisation of the abstract is a record of itself. It points towards something that cannot be turned into an object. But there–in front of us–is this non-existence. Even further, this non-existence in concrete form can take up a lot of space, supposedly pure colour and variegated form. The grander the failed representation of the abstract becomes the more striking the presence of failure–at the heart of which is a very human attempt to capture an unobtainable state of things and relationships to the unknowable. The abstract in art is a process of destruction–taking that which cannot be represented and forcing it into an incomplete set of objects and images which exist as a parallel lexicon that form a shattered mirror to that which cannot be represented. There is nothing abstract about art that is the result of this destructive desire to create an abstraction. It is a process of bringing down to earth that which continues to remain elusive. It is this search that connects the desire to create abstraction with utopias and is at the heart of its neo-romantic ideology. It is the basis of the symbolic politics of abstraction and its parallel course as marker of hope and ultimate failure. It is the process of attempting to reproduce the abstract that causes the truly abstract to retain its place just out of reach. 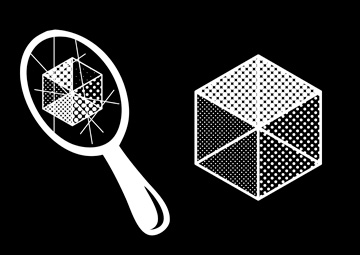 The abstract therefore–in the current aesthetic regime – always finds form as a relational backdrop to other activities, terrains and interactions. By destroying the abstract via making it concrete, the ambient and the temporary are heightened and become an enduring associative abstraction that replaces the lack in the artwork. The abstraction that is produced by abstract art is not a reflection of the abstraction at the start of the process. The making of a concrete structure produces further abstraction–the art object in this case is merely a marker or waypoint towards new abstraction. Tackling the job of producing something concrete through a process of abstraction neither reproduces abstraction nor does it provide us with anything truly autonomous. It produces a lack and points towards further potentially endless processes of abstraction. It is this potential endlessness–that remains productive while reproducing itself–that is the key to the lure of abstract art. The procedure of producing abstract art does not fill the world with lots of abstraction–despite appearances to the contrary–instead it populates the space of art with an excess of pointers that in turn direct attention towards previously unaccounted for abstractions. This is at the heart of the lure of the abstract–this explains why artists keep returning to the elusive zone. Abstraction is not the contrary of representation–a recognition of which is the key to understanding the complete failure of Gerhard Richter’s work for example–rather abstraction in art is the contrary of the abstract in the same way that representation is the contrary of the real. 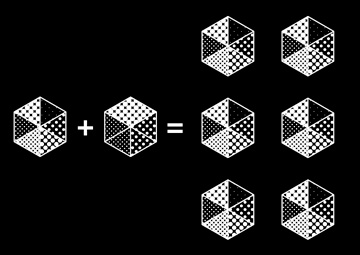 Concrete structure in this case also lacks. It does not hold a functional role within the culture beyond its failure to be an abstraction. The concrete structure becomes a marker that signifies art and points to all other art as structures that contain excessive subjectivities. Abstraction in this case has little to do with minimalism or formalism. Yet it can easily become either of these things with just a slight tweak in any direction. The intention to create a minimal or reductive gesture, object or environment requires a suppression of abstraction towards the deployment of materials that may or may not be in balance or sync with their objectness. This is not the same as the creation of an abstract artwork. The desire to develop a minimalist practice is a denial of the abstract and an attempt to concretise the concrete. Through this process there is the demonstration of a desire to ignore and go past the failure of abstraction. It is through minimalistic gestures that artists attempted to cut out abstraction’s failure of transformation and invited us instead to focus on what we imagine is a material fact or set of facts about a material within a given context. The emergence of an identifiable minimalist practice more than forty years ago, while attempting to avoid the problem of abstraction, failed to truly trouble the problem of abstraction. Minimalism highlighted evasion. The minimal created a series of half-facts all of which continued to allude to the abstract of art. This explains the spiritualisation of the minimal in the contemporary context, its interchangability and absorption into the aesthetic of the wellness centre and the kitchen and the association of truth to materials with truthy relationships to cosmic, pick and mix spirituality. 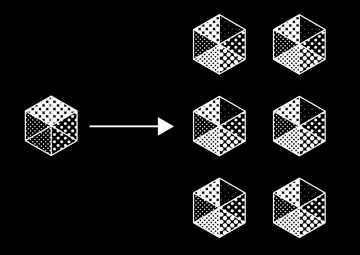 The failure at the heart of the abstract is its enduring critical potential. The demonstration of the concrete brings down metaphors, allusions and other tools that can be deployed for multiple ends to a set of knowable facts. Any attempt to represent through art will always deploy a degree of artifice–this is not a moral judgment, just a state of things. The failed abstract reproduces itself. It does not point to anything other than its own concrete form. Its concrete presence replaces the attempt to pin down the abstract and becomes a replacement object that only represents the potential of the abstract. This process of looking at replacement objects is one of the most provocative aspects of some art in the twentieth century. The presence of replacement objects as key markers within the trajectory of twentieth century modernism is what provokes confused and sublime responses. It is not the forms themselves that have this essential quality. The search for ever more “true” abstraction merely created and continues to create more replacement objects that scatter the globe as reminders of the failure of the concrete in relation to the abstract. This replacement function explains why the concrete in relation to the abstract is so vulnerable to being deployed for ends other than the progressive and neo-transcendental. The earlier concretisation of the abstraction of corporate identity via the creation of logos and smooth minimal spaces can be viewed in parallel to the failure of the abstract in the late modern period–particularly in the US. 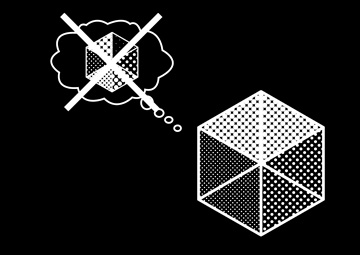 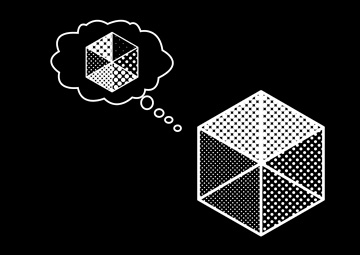 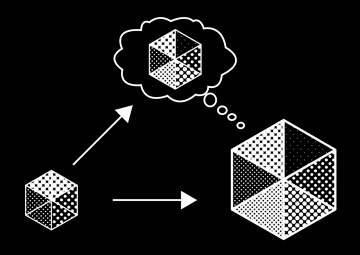 So the endurance of abstraction is rooted in this desire to keep showing the impossibility and elusiveness of the abstract. At the same time it reveals the processes of manipulation that take place within unaccountable realms of capital–the continual attempt to concretise abstract relationships and therefore render them into a parallel form that can be more easily exchanged. Where in the past the concrete was created from the abstract of the corporate now these processes of concretisation have moved into every realm of the “personal”. The abstract art produced alongside such a period is a necessity. Forming a sequence of test sites to verify and enable us to remain vigilant about the processes of concretisation that take place around us in the service of capital. The transformation of relationships into objects via a mature sensitivity to a process of concretisation is tested and tracked when the most vivid current artists deploy what appears to be abstract but is in fact a conscious deployment of evasive markers. 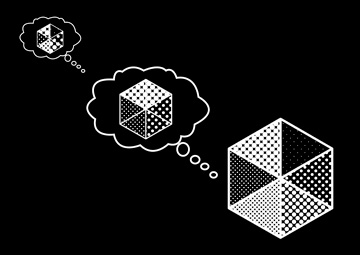 Liam Gillick is an artist based in New York. Solo exhibitions include The Wood Way, Whitechapel Gallery, London, 2002; A short text on the possibility of creating an economy of equivalence, Palais de Tokyo, 2005 and the retrospective project Three Perspectives and a short scenario, Witte de With, Rotterdam, Kunsthalle Zurich, Kunstverein, München and the MCA, Chicago, 2008-2010. He was nominated for the Turner Prize in 2002 and the Vincent Award at the Stedelijk Museum in Amsterdam in 2008. Many public commissions and projects include the Home Office in London (2005) and the Dynamica Building in Guadalajara, Mexico (2009). In 2006 he was a central figure in the free art school project unitednationsplaza in Berlin that travelled to Mexico City and New York. Liam Gillick has published a number of texts that function in parallel to his artwork. Proxemics (Selected writing 1988-2006) JRP-Ringier was published in 2007 alongside the monograph Factories in the Snow by Lilian Haberer, JRP-Ringier. A critical reader titled Meaning Liam Gillick, was published by MIT Press (2009). Liam Gillick was selected to represent Germany for the 53rd Venice Biennale in 2009. He has taught at Columbia University in New York since 1997 and the Centre for Curatorial Studies at Bard College since 2008.

Damian Navarro with an introduction by Véronique Ribordy

Power and Necessity of Abstraction in Marx

New Markets and Forms of Capital in Art

Talking about Abstraction… A Conversation with Maria Lind

Beyond Reflection: Radical Pedagogy and the Ethics of Art Sponsorship

A Question of Funding