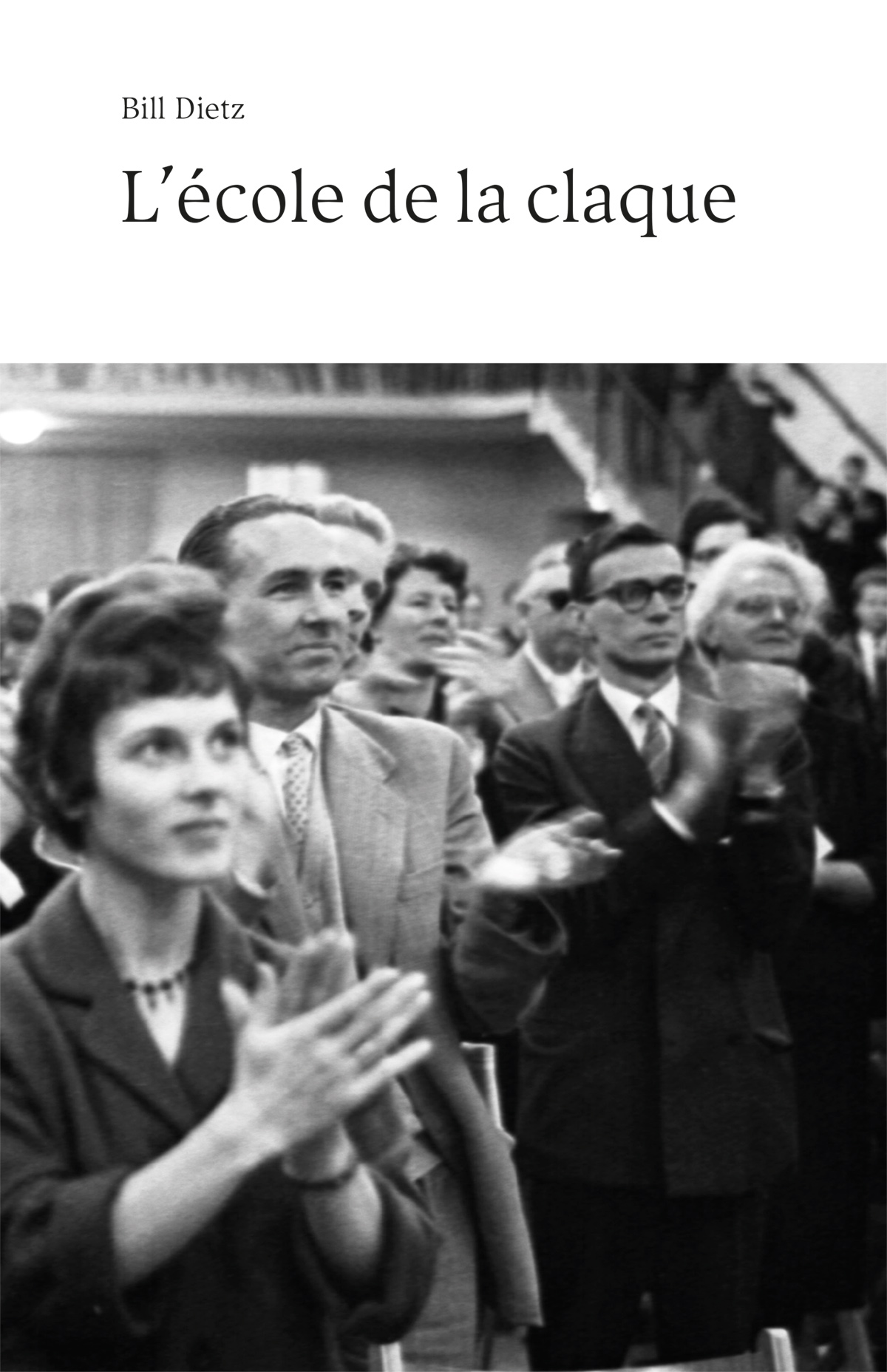 On the heels of the staged applause that accompanied Donald Trump’s post-inaugural CIA speech, merriam-webster.com reported a dramatic spike in lookups of the word 'claque.' Contrary to the idealized image of white patriarchs engaged in rational, transparent exchange in Viennese coffee houses (as theorists such as Jürgen Habermas would have it), a history of the public sphere acknowledging the claque (the body of professional audience members paid to guide the evaluatory noise of an audience) would be messy, invested, conflictual, compromised, polarized. How might an account of the public sphere as always already instrumentalized, orchestrated, help us to reconsider the stakes of contemporary performative publicness at a moment when its future is anything but certain? L’école de la claque stages the constituent exclusions that haunt the remains of civil society.

Commissioned by the Südwestrundfunk (SWR) for the Donaueschinger Musiktage, L’école de la claque occurred in the form of seven public rehearsals and a series of performative insertions into applause throughout the 2017 edition of the festival. The 1st edition of this publication accompanied those performances.

L’école de la claque is made up of 46 scores – "instances" of booing, cheering, and audience intervention – drawn from the historical record of Western European concert reception (from accounts found in Berlioz’s Les soirées de l’orchestre to the firsthand recollections of Joseph Wechsberg, a member of twentieth century Vienna Opera House claque), the archive of the Donaueschingen Festival (both the audible traces of dissent throughout the festival’s history, as well as the glaringly silent gaps between the lines of its programming history), and from a contemporary archive of collectively performed refusal.
The "instances" are prefaced by the author as well as accompanied by new texts by Chris Mann, MYSTI, and Rachel O’Reilly.
--

Bill Dietz was born in Bisbee, Arizona in 1983, and has been based in Berlin since 2003. He is a composer, writer, and co-chair of Music/ Sound in Bard College’s MFA program. From sounding the facade of Le Corbusier’s Unité d’habitation in Marseille to orchestrating echoes across city blocks in Manhattan, his work traces genealogies of publicness and the performance of listening. His artistic, curatorial, interpretive, and theoretical work, has brought him to festivals such as MaerzMusik and the Donaueschinger Musiktage, through museums such as the Hamburger Bahnhof and Tate Modern, to podia at academic symposia such as the International Congress for Music Research, and into publications such as boundary 2 and the catalogue of the 2014 Whitney Biennial. He has worked extensively with Peter Ablinger, Catherine Christer Hennix, Chris Newman, Christian von Borries, and through 2009 with Maryanne Amacher. With Woody Sullender he co-founded and edits Ear | Wave | Event. From 2016 to 2017 he was Professor of Sound at the Academy of Media Arts Cologne. In 2015 Edition Solitude released a monograph on his Tutorial Diversions.
--

Chris Mann is an Australian poet, writer, performer and improviser specialized in the emerging field of compositional linguistics. Born in 1949, Mann moved to New York in the 1980s and was as an associate of American composers John Cage and Kenneth Gaburo. He has collaborated widely with filmmakers and electronic music composers, and has performed texts in collaboration with artists such as Gary Hill, Tom Buckner, Robert Rauschenberg, David Dunn, Annea Lockwood, and Larry Polansky. His commissions include Paris Autumn Festival, Australian Biennale, Berlinner Festspiele, Radio France, Ars Electronica, National Public Radio, BBC, Australian Broadcasting Corporation, Harvestworks, and Dance Works, among many others. In 2013, Mann worked with Sepand Ansari to create a website-based project, www.010011.net, in correspondence with the exhibition "As it were … So to speak: A Museum Collection in Dialogue" with Barbara Bloom at the Jewish Museum in New York. Initially loaded with a library of 1,000 texts representing a wide range of disciplines, the site enables users to search for an idea and make rich and ever deeper associations. In contrast to Google, which provides a prepared answer if you ask the right question, 010011.net is a celebration of the question you are trying to learn how to ask. Mann currently teaches in the Media Studies Graduate program at The New School.
--

MYSTI: Writes wrong with a pencil that is actually a penis deep in the park sometime between late lunch and an extra hour in the office, which is the shelf life of relevance. Her titles compose an unreadable CV: LOVE IS ABUSE’S MOST DISCREET TOOL, FAGGOTS FUCKING INFRONT OF S.A.D. LAMPS, PATRIMONY, ABSTRACTION IS BUBBLE WRAP FOR DAMAGED GOODS, DA DA DADDY HASSELHOFF, QUEER IS NOT CARTE BLANCHE, A LITTLE TRIFLE WHO ARGUES BIG, NATIONALISM IS THE RELIGION OF EUROPE, PLATITUDES BECOME FORM, WISHING WELL, I MIGHT SIMPLY DRIFT PAST YOU… A HICCUP IN PURPLE… A CARELESS COCKSUCK WITH NO CONTACT INFO… MEMORY WITHOUT NAME…, THE INCONTINENCE OF THE EVENT, ROSE COLORED GLASSES. She also crochets poetry.
--

Rachel O’Reilly is a poet, artist, independent researcher and infrequent curator whose work explores relationships between art and situated cultural practice, media and psychoanalysis, aesthetic philosophy and political economy. She runs the seminar ‘At the Limits of the Writerly’ as part of the How to Do Things with Theory program of the Dutch Art Institute. From 2004 to 2008 she was a curator of film, video, and new media at the Gallery of Modern Art (GOMA), Brisbane, including the Fifth Asia Pacific Triennial. Curated exhibitions include The Leisure Class (co-curated w/ Kathryn Weir) GoMA, Brisbane, 2007-08; Videoground, (Bangkok Experimental Film Festival, Chicago Film Studies Centre, MAAP, Brisbane), 2008; and Some Profound Misunderstanding at the Heart of What Is (w/Cathleen Schuster and Marcel Dickhage), Hedah Contemporary Art Space, Maastricht, part of Moving Images of Speculation Inlab of the Jan van Eyck Academie, 2013-14. At the Jan van Eyck she incepted The Gas Imaginary, an ongoing artistic research project exploring unconventional extraction investments in settler colonial space. Her artistic work has been presented by the David Roberts Art Foundation, Gasworks, the Museum of Yugoslav History, If I Can’t Dance, Tate Liverpool, Qalandiya International and BAK Basis Voor Actuele Kunst. She recently curated the public program of the Contour Biennale with Natasha Ginwala, co-writes with Jelena Vesic and Vlidi Jeric on ‘neutrality’ beyond non-aligned movement legacies and with Danny Butt on infrastructures of artistic autonomy. Her writing has been published by Cambridge Scholars Press, MIT Press, Postcolonial Studies journal, in exhibition catalogues and critical e-readers. 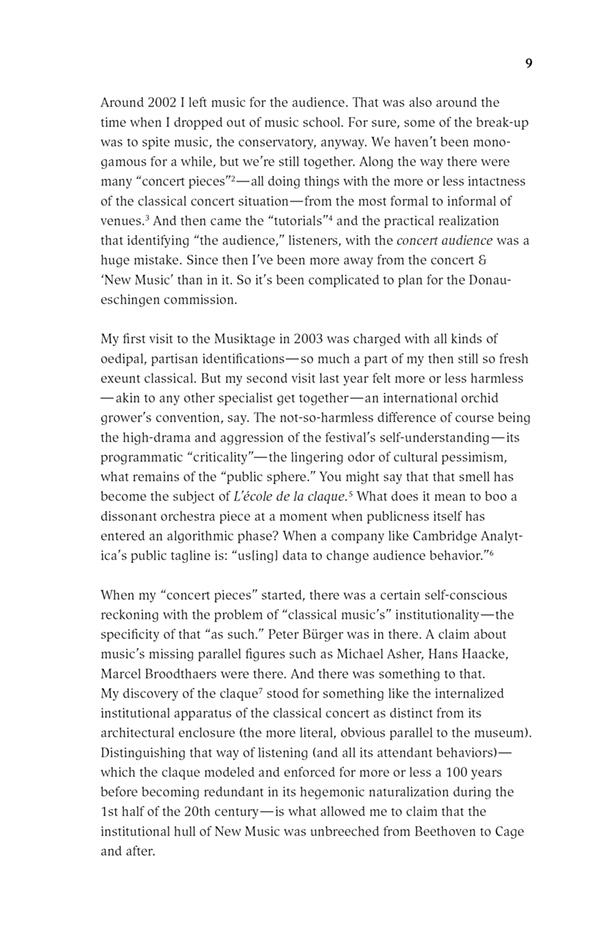 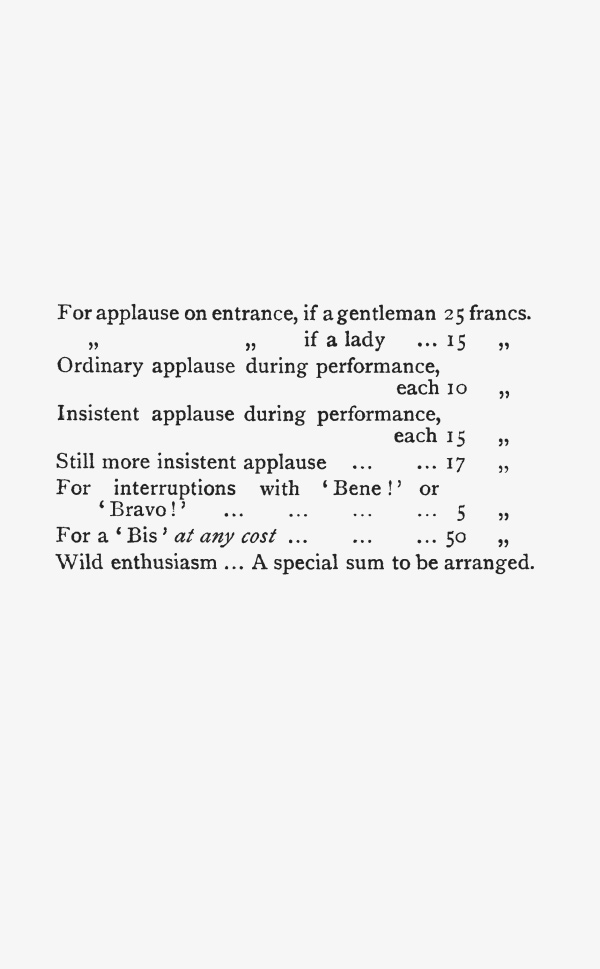 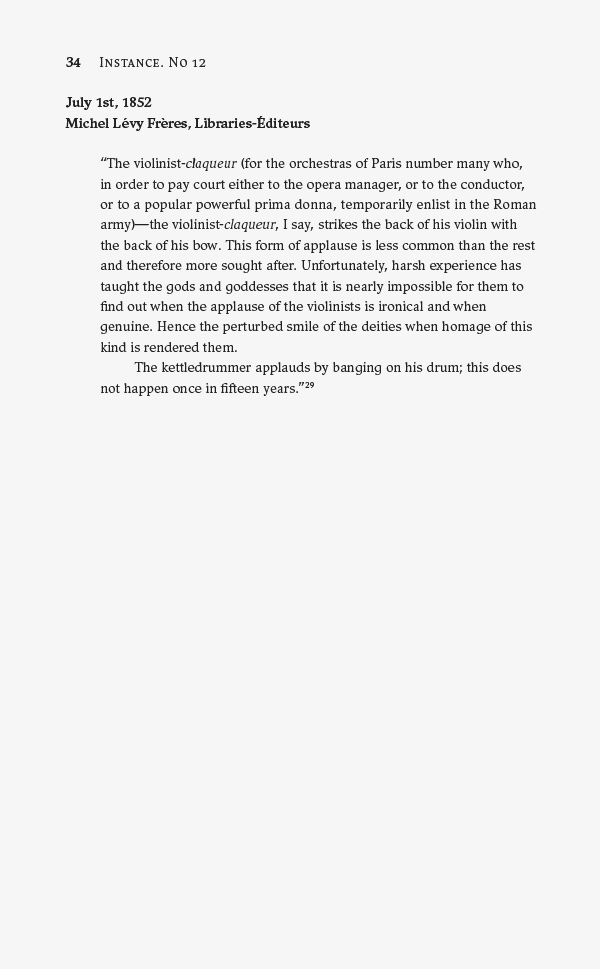