Flux Us Now. Fluxus explored with a camera
is a research based film by Dorothee Richter und Ronald Kolb
in eleven chapters (with a total length of 130 minutes)

What is Fluxus, who is Fluxus, when and where was Fluxus? Hardly any other art movement is as difficult to define. Various writers have seen this as the reason why the movement has not become better known or met with greater success on the art market. Yet this supposition itself prompts a number of questions: 1. Was Fluxus an “art movement” at all? 2. Did the Fluxus artists actually aim for commercial success? In the light of this, it is not exactly surprising that Eric Andersen, one of the very first Fluxus artists, declared as recently as 2008 that no such thing as Fluxus ever existed, and that the widely diverging forms of expression that are now referred to as Fluxus would be more accurately characterized as “intermedia”. There is also a lack of agreement as to which artists could be described as belonging to or even just associated with Fluxus. Consequently, “Fluxus” – whatever is meant by it on any given occasion – is a term which provides a perfect basis for association with mythologems and elaborate narratives. This is all the more true in view of the fact that “actions” and ephemeral objects, editions and newspapers produce something more complicated than the object-based art-historical trail that traditional artistic activity normally lays down for its interpreters. Certain key phrases often used in connection with Fluxus take the place of the traditional art objects, serving to bracket together a variety of disparate practices, places, participants and relics. These key phrases solidify as quasi-images. The slogan “art equals life”, for example, is a particularly effective verbal image that is frequently cited in the context of Fluxus. The combinations of art and politics, art and the everyday, or action and chance are also often mentioned. 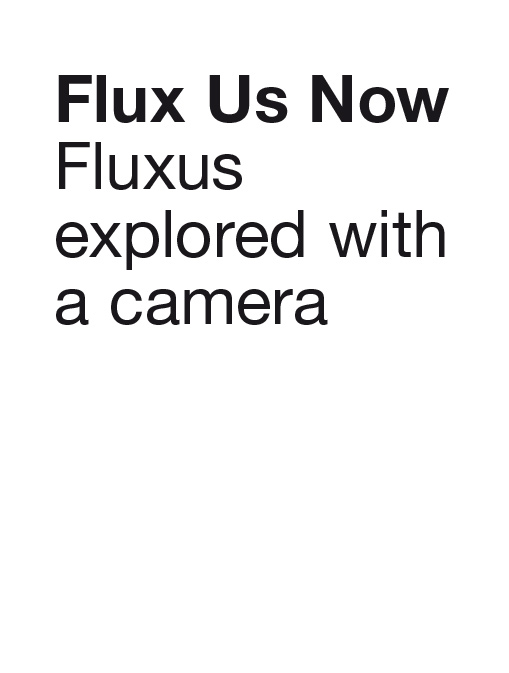